Tillis: "I Know Nothing!" 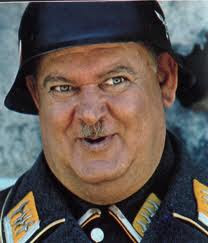 The new Republican majority in the NC General Assembly was against centralized government control when they were running last year. Now they're amazingly amenable to it.

A little-noticed provision in the NC House budget, newly passed, would centralize all policies regarding public school layoffs (of which there will be MANY, if the Republicans get their dream-come-true) ... would centralize those policies with the state Board of Education.

As soon as this provision began to be known, an outcry has gone up.

Chris Whitmire, Republican chairman of the Transylvania County Board of Commissioners, said the state measure goes against the Republican mantra of “more local control.”

NC Speaker of the House Thom Tillis revealed his own ignorance of what was in the bill he steamrolled through the House last week, saying "he wasn't familiar with that part of the budget bill and predicted it would be removed from the final budget."
Posted by J.W. Williamson at 5/08/2011 09:09:00 AM
Email ThisBlogThis!Share to TwitterShare to FacebookShare to Pinterest
Labels: North Carolina budget, public education, Thom Tillis