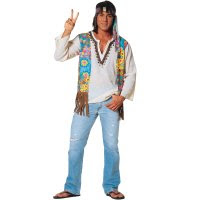 Nathan Tabor, the right-wing Republican battlebot of yore (he came in fifth in the Republican primary for U.S. Congress that Madam Foxx ultimately won in 2004), says he's now "gentler, softer, more agreeable" in his new role as chair of the Forsyth County Republican Party.

He was the cleverer-by-half candidate who did things like buy up all the domain names he thought his opposition might want to use. According to John Railey, "Tabor has the Facebook savvy and youth [Republicans will] need to [sell themselves to voters again] -- if moderates aren't scared off by his past stances."

Tabor graduated from the Rev. Pat Robertson's Regent University, and has been endorsed, if not enabled, by both Robertson and the late Rev. Jerry Falwell.

He now says that, though he still listens to Rush Limbaugh, he doesn't always agree with him. (For that slip of the tongue, he might want to keep this website bookmarked on his computer.)
Posted by J.W. Williamson at 5/04/2009 12:54:00 PM
Email ThisBlogThis!Share to TwitterShare to FacebookShare to Pinterest
Labels: Forsyth County Republican Party, Nathan Tabor, Republican "brand"