The Diet Some People Eat Up 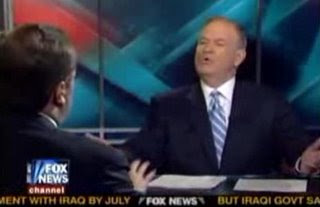 A friend told us about coming back to Boone up U.S. 321 down the mountain and stopping in at a brand new Wendy's. Set up in that Wendy's in a prominent spot, and turned up loud, was a large TV screen tuned to Fox News.

My friend protested and was told that it was permanently tuned in to Fox News, apparently for the nutritional value.

Seeing as how my friend had already put in his order, he took the logical next step: he told the young lady behind the counter that she would need to come find him outside, since he had no intention of listening to the propaganda while waiting for his Jr. Bacon Cheeseburger with fries. And she agreed. (She had no use for Fox News either, but her boss was apparently on a mission.)

In some American fast-food joints, it's just not enough, apparently, to lard up your arteries. Gotta anesthetize those brain cells too!
Posted by J.W. Williamson at 5/14/2009 08:54:00 AM
Email ThisBlogThis!Share to TwitterShare to FacebookShare to Pinterest
Labels: Fox News, Wendy's

I too went into this same Wendy's and asked why FOX was on the tube.  Was told that "Mr Furman was a godly man and FOX was his choice (same owner as Wendy's of Boone) He also said that only (at most) five people had ever complained and therefore not a problem.  I promised not to return and thanked him for the info (bless his heart).  I am reminded of what a minister once said in a talk years ago: any dead fish can swim down stream -the truly courageous swim against the current.  For god's sake take a stand!  Tell Wendy's management your headed to Bark Yard Burger.