You Can't Win Races Without Candidates 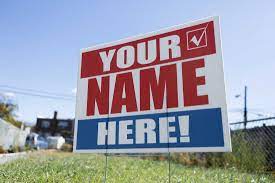 Filing won't crank up again until after the trial on the merits of lawsuits filed against the Republican redistricting, followed probably by appeals to the NC Supreme Court. After that, who knows? Maybe different districts. Maybe a higher interest among Democrats.

If the current lack of Democratic enthusiasm/bravery doesn't turn around ... I don't want to finish that sentence. But the numbers below represent above all else the deleterious effects of extreme partisan gerrymandering.

Out of a total of 120 seats, Republicans are running in 64 of them without a Democratic opponent (so far)

Out of a total of 50 seats, Republicans have filed for 31 of them with no Democratic opponent (so far)

Posted by J.W. Williamson at 12/20/2021 10:16:00 AM
Email ThisBlogThis!Share to TwitterShare to FacebookShare to Pinterest
Labels: redistricting

I wonder if this reflects more of a Democratic feeling that there's no use in filing to run until the districts are settled versus a Republican 'damn the torpedoes, full speed ahead' attitude about the gerrymandered districts.

My thinking, too. And no push on the state-wide level to recruit candidates because the guys at the top knew there'd be a lawsuit and unsettled districts while the GOP hoped for no challenges to their maps.

On top of that, there's apparently been a back-channel push by the organizers of the January 6th coup attempt to recruit candidates for local elections all across the country, which explains several things.