Jeff Jackson Is Getting Out of the Senate Race 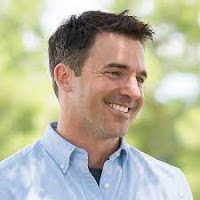 Jeff Jackson, who's been running hard (and we thought, effectively) for the US Senate seat, is reportedly bowing out and endorsing Cheri Beasley -- probably today. WRAL appears to have been the first with the news yesterday after 5 p.m. that Jackson "was expected to announce his plan to drop out as soon as Thursday morning." No explanation. No rationale.

People will ask, naturally, "Did something happen?" As in something bad.

If this move helps Cheri Beasley win that Senate seat, Jackson's announcement may may end up looking very cool, a self-sacrifice for the good of the Republic, let alone the state of North Carolina.

Just posted in the NewsObserver:

Many rumors circulated in North Carolina’s political circles Wednesday night about what is next for Jackson’s political future. [Political scientist Chris] Cooper said it could be that his campaign had information indicating that he couldn’t win.

“I think it’s equally as likely to be him trying to set himself up for a future run,” Cooper said.

He added that Jackson is not known to run negative campaigns and that may have been his only option. He also pointed out that Jackson may have realized he’s a white male running against a Black female for a nomination by a party that is trying to be inclusive and diverse.

“He’s a Democrat and when the Democratic Party establishment runs counter to your interests, it makes sense to try to figure out how to make friends rather than make deeper enemies,” Cooper said, saying this could be a smart long-term strategy for Jackson’s career.

Posted by J.W. Williamson at 12/16/2021 09:08:00 AM
Email ThisBlogThis!Share to TwitterShare to FacebookShare to Pinterest
Labels: Cheri Beasley, Jeff Jackson

I am truly sorry to hear this. As much as I admire Justice Beasley, I have been really impressed by Jackson's legislative chops. Here's to a bright political future for him - and as a result, for North Carolina.