Reading about what motivated state Senator Jeff Jackson to bow out of the US Senate race and endorse his rival Cheri Beasley sparks inevitable comparisons with other politicians, some of them right here in North Carolina seeking office right now. Jackson's exit was the honorable thing. He had been told by his consultants that he couldn't win the Democratic primary next year without going negative on Cheri Beasley. Recent polls showed Jackson behind Beasley in a two-person race. The only way to climb back up was to tear Beasley down. That's what the consultants were advising.

Jackson told Michael Graff, “We decided not to do that. Not because I have a particular problem being critical when I think it’s fair, but just in her case, it would not have been honest. She has over a decade of exemplary public service to her name. And the prospect of suggesting otherwise on television ads, was just a non-starter with me.” That is more than honorable. That models a masculinity free -- or damn near free -- of self-interest. Manly self-sacrifice for the good of the many (in this case, "the many" being the NCDP).

Comparisons are odorous (said Dogberry), but also however oh so delicious. Look now at the Ted Budd for Senate faction. You've been seeing how they're treating poor pathetic Pat McCrory, right? I know Ted Budd did not (supposedly) have anything to do with those attacks (which have included TV hit-pieces), but he is said to benefit from them, and he hasn't so far as I know ever distanced himself from them. Ted Budd ... hence and therefore (and this is how comparisons work, chums) not a good man.

Alex Jones wrote a great piece about toxic masculinity, how it blossomed under Trump and swept the old Republican party rudely aside, until what's happened -- see -- is that Mark Robinson is the most popular Republican elected official in the state of North Carolina. Mark Robinson is a giant dick. He plays a swaggering bully with a booming voice who can deliver a sermon tongue-lashing like a tent preacher.

Which brings us to the topic of toxic masculinity. (You know me: I've been reading.) A male gene, present in some and not in others, produces constant anxiety about "gender performance," and not just performance in the bedroom, so that making a show of manly dominance becomes the best medicine for doubts (with emphasis on show; an audience is required). Performative masculinity appears to be a symptom of a psychological bundle of neuroses now defined as "precarious manhood," wherein "men experience anxiety when it comes to their manhood and masculinity, or masculine gender identity." In extreme cases anxiety can lead to acting out, violence, or at least physical aggression. Or he might just refuse to protect even himself and his loved ones by masking up. He can't admit any fear. Trump made fun of people wearing plague-masks, and so did Fox News, and suddenly it was a matter of endangered manhood to comply with any "mandate."

Since we're all here in the theater with our popcorn, here are some other displays of what Alex Jones was writing about:

Congressman Madison Cawthorn once upon a time not so long ago had himself filmed punching out a punky tree, and posted this performance of heroic manhood to his social media:

I can't post here the new Bo Hines for Congress introductory video, but you can view it easily on his Twitter feed. He's proud of it. He spent a lot of money on it. It's a show of aggressive manhood. Alex Jones: "The piece shows him vigorously pumping iron and doing pullups in a gym bedecked with a prominently displayed Back the Blue flag. Over a background of rock music, a tough-guy’s voice says Hines will bring 'North Carolina gridiron values' to Congress. Message: This guy is a stud. Vote for him."
(You remember Bo Hines, right? He's almost as young as Cawthorn and has been a district-shopping itinerant who may have settled finally on running for Congress in the CD 4. Hines is a Madison Cawthorn acolyte. Cawthorn introduced him to Trump.)
Or Ted Budd, the Trumpist choice for US Senate, who's obviously six times the man that Pat McCrory could ever claim to be. 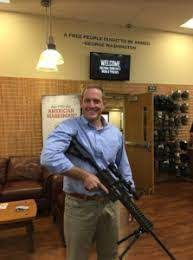 Good article. Looks like you got their character down properly

I cannot even finish the videos. I believe I'm going to be ill.