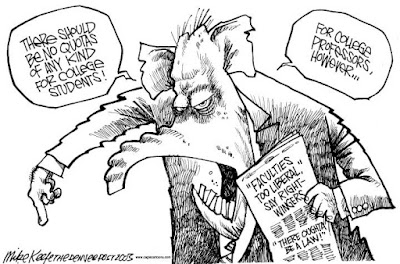 Hattip to reporter Joe Killian for posting a link to the editorial in Science, "Universities are not political prizes." It opines about the accelerating legislative push in some states to politicize higher education. Cowed administrators quickly learn to comply:

Take the recent incident involving the University of Florida, which blocked liberal professors from testifying as experts in a lawsuit that challenged the state’s voting laws. The university rationalized that as a public institution, it must remain neutral when the real reason was that it didn’t want to anger political overlords.

That article doesn't mention the University of North Carolina at Chapel Hill, but it could have -- where right now and ongoing there's a bloody pirate-ship boarding by besuited swashbucklers sailing the high seas under the banner of Berger/Moore in the NC General Assembly.

"Universities are not political prizes"? Yes they are.

Here's what happened at the meeting yesterday of Chapel Hill's Board of Trustees (as reported by Joe Killian), "a special meeting held largely in closed-session":

...the board took the unusual step of not publicly disclosing what they were voting on or using any names or titles. Instead, they voted on three “action items” that were not publicly described and then abruptly adjourned after the vote. [All votes were unanimous with the exception of student representative Lamar Richards, who voted no on one and abstained on two others.]

After fielding questions from reporters throughout the day, UNC-Chapel Hill media relations released a letter from Chancellor Guskiewicz making the announcement shortly after 6 p.m. Thursday. “The UNC-Chapel Hill Board of Trustees approved the Chancellor’s recommendation to appoint Dr. Chris Clemens as executive vice chancellor and provost of the University.” ...

So who is Dr. Chris Clemens and why would the Chapel Hill Board of Trustees keep his name secret during that BOT vote? Hmmm. Are they ashamed? 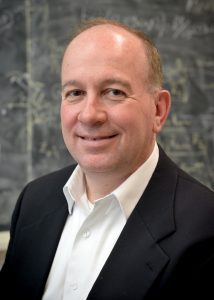 Clemens has been at the center of controversy over the creation of a program at Chapel Hill called the “Program in Civic Virtue and Civil Discourse,” which Clemens and others described as a “conservative center” going back to its inception in 2017. [Donors remain anonymous.] Clemens has since denied the program will be explicitly conservative.

Clemens has described himself as “among the most outspoken conservative members of the Arts & Sciences faculty at UNC for many years, sponsoring the college Republicans, Carolina Review and several other student organizations.

Clemens trained as an astrophysicist but climbed the administrative ladder, currently senior associate dean for research and innovation in the College of Arts & Sciences. "Two UNC Board of Trustees members and one member of the search committee confirmed to Policy Watch that Clemens’s conservative credentials made him an attractive choice for the Board of Trustees and UNC Board of Governors with close ties to the Republican majority in the North Carolina General Assembly."

Mimi Chapman, the chair of the faculty, published an ominous letter to the "University community" in the Daily Tar Heel on the eve of the BOT's secret vote, in which she warned that "the Chancellor is under significant pressure to make a particular choice. Based on the information that is being relayed to me by multiple sources, our trustees and the UNC System are dictating his choices to the point that he really has none to make."

It's not clear that Chapman was referring to Clemens, but it's logical to think so, right?

Posted by J.W. Williamson at 12/10/2021 11:37:00 AM
Email ThisBlogThis!Share to TwitterShare to FacebookShare to Pinterest
Labels: higher education, University of North Carolina