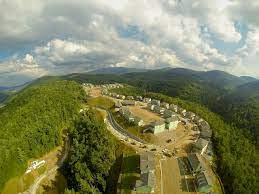 A complaint was filed in Watauga County Superior Court last week seeking a declaratory ruling that Watauga County is guilty of its own negligence in that it "has failed to prevent repeated illegal discharges of wastewater that directly compromise the lands and waters within its jurisdiction. These illegal discharges have resulted in over 70,000 gallons of untreated wastewater, and 2.3 million gallons of treated wastewater, to be spilled into local waterways, all released by the Cottages of Boone ... in 2021. As the Cottages repeatedly discharged wastewater in violation of State law, [Watauga County] repeatedly failed to act reactively or proactively to prevent future incidents." "The Cottages of Boone" is a high-density development off Poplar Grove Road with 894 bedrooms that cater to the college student population.

Plaintiff Adam Zebzda alleges that the county attorney went easy on The Cottages. In October 2021 -- following not one, not two, but three illegal discharges of treated and untreated waste water, some of it raw human sewage -- the county attorney sent a letter to the management and owners of The Cottages notifying them that they had been declared a "public nuisance." The letter said the county was prepared to use its police power to insure that The Cottages clean up its act. The letter did not address any Federal environmental impacts caused by thousands of gallons of student feces flowing untreated into tributaries of the Watauga River. According to the complaint, "independent water quality testing conducted by local environmental organizations revealed e. Coli levels twice the legal limit ... downstream from the Cottages." That was in September 2021.

Instead of following up with civil or even criminal penalties assessed against The Cottages, the county granted a 90-day extension for correcting the "public nuisance." No fines, no civil penalties, "no formal enforcement action." 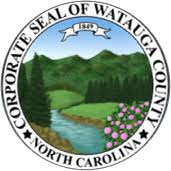 Deep in the complaint one finds this specific allegation:

There is no possibility that the Defendant [Watauga County] was not aware of the Cottages’ illegal wastewater discharges, due to the extensive local journalistic reporting of the incidents. Further, the Defendant was aware of the community’s significant concern from these incidents, as shown in email correspondence between the Plaintiff and County Manager (Exhibit “F”).

In fact, the Defendant was aware of such significant community concern that it chose to mislead the public. Rather than take actual action to address the Cottages’ environmental threats, the Defendant reported that it had partnered with AppHealthCare to “respond to complaints in support of protecting the health of the public,” as reported by the Watauga Democrat on November 16 of 2021 (Exhibit “G”).

Reporting claimed that “due to ongoing violations, Watauga County has issued civil penalties in the maximum amount allowed by law to the Cottages of Boone for noncompliance,” with the Ordinance. Per the email conversation between the Plaintiff and County Manager, this was proved false as the only penalty was the issuance of another meaningless notice of violation. The Defendant has not yet issued a public correction to its claims. Rather, it chooses to continue misleading the public in an apparent attempt to silence community concern.

Exhibit “F:” Email correspondence between the Plaintiff (zebzdaa@appstate.edu) and County Manager Deron Geouque (deron.geouque@watgov.org) in regard to the Cottages of Boone, dated November of 2021

Posted by J.W. Williamson at 12/06/2021 11:48:00 AM
Email ThisBlogThis!Share to TwitterShare to FacebookShare to Pinterest
Labels: environmental issues, Watauga County