Where O Where Are Those AppPAC Endorsements for Boone Town Council? 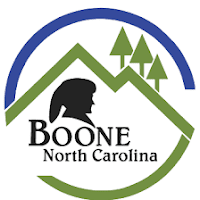 Early voting in the BooneTown elections begins in less than a week (next Thursday, Oct. 14), and I'm wondering where those candidate endorsements are that the "Appalachian PAC" promised us. On September 21st -- more than two weeks ago -- they promised their endorsements by the end of that week. But since then ... crickets.

We know from other evidence the candidates they either outright recruited or were grooming for an endorsement, but we'd like confirmation. They promised it. We expect it.

(Incidentally, the photos of their "launch" party showing the attendance of two ASU trustees have disappeared from their Facebook page.)

Posted by J.W. Williamson at 10/08/2021 07:28:00 AM
Email ThisBlogThis!Share to TwitterShare to FacebookShare to Pinterest
Labels: Town of Boone