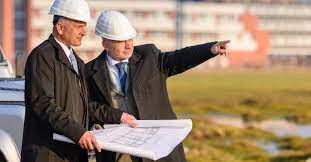 A new Political Action Committee (PAC) -- calling itself "Appalachian PAC" -- has decided to get involved in the Boone Town Council races this year with endorsements (unclear at the moment whether they also intend to give direct money donations to individual candidates, but they're raising money). Their under-developed website brags that they're "non-partisan," but the evidence so far suggests something more complicated. With Bill Aceto and Stacy C. Eggers IV ("Four") as donors and guiding lights, "non-partisan" isn't the first thing that comes to mind.

"Oh, look, there's Luke Eggers too!" Photos taken at the PAC's "launch" party and posted to their Facebook page show a careful, mixed guest list, with Democrats and Republicans (for example, both Eggers and Tommy Sofield, who ran with the Republican team for Watauga County Commish in 2020) and independents -- some of whom might have more of an investment connection than a shared political ideology. The "launch" party was clearly weighted toward real estate brokers and business developers.

I have questions about their goals, let alone their intentions. The website is short on policy statements, long on generalities that raise more questions than they answer: "Our goal is to elect pro-business and pro-university candidates in local and statewide elections." The banner across the top of their Homepage:

The repeated emphasis on university, an odd leg on this three-legged stool -- that just stops me cold. AppState needs political help? Well, yes, in their view, which actually answers another question: How does the university need/use real estate developers? AppState and its 20,000 students are always needing habitation, and increasingly the university administration looks to the local rental market to supply a lot of their needs. Dormitories are expensive to build, expensive to maintain. And why go to that expense when there are plenty of developers ready to supply another kind of dormitory space -- stuff that advertises 4 bdrm/4 bath -- at no expense to the university but $700 a pop from the students who rent those units.

Some guys correctly identified the university as a cash cow many years ago.

I'm apprehensive if those same guys intend to make the laws of Boone more conducive to their goals.

Four Eggers did what he could to get an asphalt plant built along the 421 Scenic Byway. He sees Watauga as an ecosystem to plunder for his own financial gain. His PAC is not good news for our county.