The Eyes of Keith Kidwell 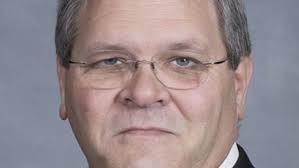 In his short time in the NC General Assembly, Keith Kidwell, representing Beaufort and Craven counties, has cut quite a groove. First elected in 2018, he did some stuff:

At his swearing in (January 4, 2019), he told an interviewer from The Washington Daily News that in Raleigh he was going to be all about taxes and infrastructure, especially taxes. All the time.

February 2019 -- His first four bills, all of them, take aim at legal abortion. Then he signs on as co-sponsor with Rep. Larry Pitman (et al.) to a bill to nullify Obergefell v. Hodges, which legalized gay marriage. (That's crazy but don't let that slow down our momentum.)

2020, height of COVID -- During a floor debate Kidwell said he would not wear a mask, no matter what the governor said. He opposed the governor's emergency powers and was against mandatory vaccinations. Always against.

July 2021 -- As now head of the House Freedom Caucus, Kidwell demands that the NC State Board of Elections turn over voting machinery for inspection. Kidwell said he was sure there was voting fraud if he could just find it, and he needed the innards of computers to find it. State elections supervisor responded "stuff it."

August 2021 -- Both Kidwell and his wife, hospitalized for COVID.

Oct. 8, 2021 -- Minus Kidwell (he spent a week in the hospital and apparently the recovery from COVID was a steep climb), the new House Freedom Caucus spokesman Rep. Jeff McNeely drew Durham County out of a hat and announced that the Caucus would be coming for Durham County's voting machines and that they would be bringing their own Capitol police force for compliance. No kidding.

So what's it now, Keith?

Today he's outed for being on the membership rolls of the Oath Keepers. You remember them. But let's review anyway (my thanks to Jordan Green):

The Oath Keepers was founded by Stewart Rhodes in 2009, shortly after the election of President Obama. The organization targets retired law enforcement and military veterans for recruitment based on a premise that they will uphold their oaths and resist a vaguely defined "tyranny." Long hostile towards the Black Lives Matter movement, the organization and its leader Rhodes took an increasingly radical stance during the George Floyd protests in the summer of 2020 and in the runup to the 2020 presidential election.

To date, 22 members or associates of the Oath Keepers have received federal charges in connection with the assault on the US Capitol, with a majority accused of participating in a conspiracy to obstruct the electoral certification on Jan. 6. Five have already pleaded guilty.

This is the same guy -- Keith Kidwell -- who told the local newspaper he was going to be all about taxes and infrastructure. But those eyes don't lie.

Posted by J.W. Williamson at 10/10/2021 09:28:00 AM
Email ThisBlogThis!Share to TwitterShare to FacebookShare to Pinterest
Labels: Jeff McNeely, Keith Kidwell, Trumpism