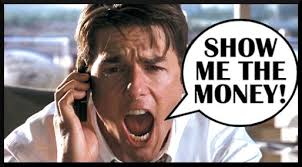 The expenditures report submitted by the Appalachian PAC to the State Board of Elections is one confounding document, since the PAC treasurer in Raleigh wants to claim a year-to-date expenditure for two Democrats running in the BooneTown Council races as $6,936.54, which is not just misleading -- it seems deliberately misleading, because each of four candidates, including the formal PAC endorsements of Eric Woolridge and Benjamin Ray, are all also listed as receiving the exact same amount: $6,936.54. In actuality, this same report clearly shows that the PAC spent only $19.57 each on its support for Tugman and Futrelle (for putting their names on a flyer? Who knows what could possibly have cost less than $20?).

Let's be clear: the PAC gave no cash to any of the candidates. That almost-$7K is an indirect contribution in the form of PAC mailers, yardsigns, buttons, etc. In fact it looks as though the PAC added up all (or most?) of its combined operating expenses, came up with $27,746.16, and divided it four ways, as though the two Democrats, Edie Tugman and Tim Futrelle, have benefitted equally with the PAC's actual endorsements of Woolridge and Ray.

How dumb do they think we are?

Edie Tugman is on record with this statement: "I have not sought endorsement from any PAC. I was sent a questionnaire by the Appalachian PAC and responded. I was then contacted and interviewed as they were making decisions about who to promote. As they were not forthcoming about who their Board Members are, who their donors/supporters are and had no position papers, I declined to be considered. After the interview, I wrote to Travis Critcher that I would not seek or accept support of any kind from the organization."

Tim Futrelle wrote this: "I have not sought any endorsement or financial contribution from any PAC. In full disclosure, during the first week of my campaign, a member of the North Carolina Association of Realtors contacted me to participate in an interview regarding a regional comprehensive housing study that would include our area. A few weeks after the interview I received a contribution from their organization. This is the only contribution of this type I have received. All others have been, and will continue to be, individual donors."

Again: how dumb do they think we are?