From Price to Cawthorn: North Carolina's Slide Into Hair-Brained Mediocrity 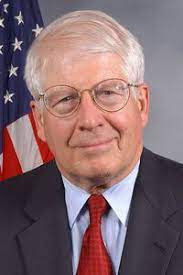 The 4th CD is losing a scholar and a gentleman in David Price. I can't begin to do him justice here, so I'll quote Ned Barnett:

In his decades in Washington, Price has been an earnest and thoughtful representative, liberal in his politics, but deeply traditional in his respect for the history of Congress and his commitment to work within the system.

Throughout his career, Price has focused on issues important to a district known for its universities and high-tech businesses. A longtime member of the House Appropriations Committee, he helped win funding for expansion of the EPA lab at Research Triangle Park. He has also advocated for education, election reforms, commuter rail transportation, health care and affordable housing.

A native of Tennessee, Price first attended Mars Hill College before transferring to the University of North Carolina and then going on to Yale where he earned a divinity degree and a doctorate in political science.

As he prepares to leave Congress, Price feels that the institution is leaving itself. Once a more deliberative body led by senior members and more open to bipartisanship, he sees Congress, especially the House, as an institution where showmanship and partisanship prevail and experience and expertise matter less.

What? "Showmanship and partisanship" have replaced "experience and expertise" in the US House? Yes, look no further than the 11th CD's Madison Cawthorn, the youngest member of Congress and the stupidest and who is nothing but spectacle and irresponsible mouth-flap.
Lord help us, North Carolina. Instead of more statesmen, you send a punk who's all about clowning for the Trumpist crowd. 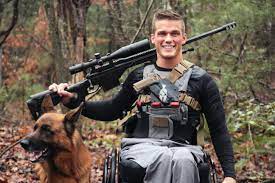 Posted by J.W. Williamson at 10/19/2021 08:03:00 AM
Email ThisBlogThis!Share to TwitterShare to FacebookShare to Pinterest
Labels: David Price, Madison Cawthorn

It's a close race for the most idiotic member of Congress. I used to think Louis Gohmert and Ginny Foxx were the lowest of the low, but this new crop of morons makes them seem almost erudite in comparison. but they're a different kind of stupid. They are stormtroopers. At least Gohmert and Foxx and Blackburn and Johnson, etc, etc, etc...at least they're just grifters. These new troglodytes are dangerous.