AppState Denies Any Involvement in the Appalachian PAC 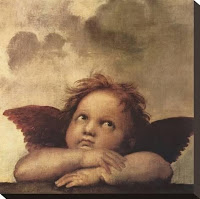 On Monday, Oct. 11, AppState political science major Adam Zebzda addressed a letter to the university administration "respectfully requesting" an investigation into the involvement of two AppState trustees in the launch of a political action committee (PAC) whose stated goal is to take over Boone town government for the betterment of the real estate industry and housing developers. I have a copy of that letter.

Zebzda wanted answers about whether "any Trustees violated North Carolina General Statutes or the UNC Policy Manual and Code, either explicitly or in spirit, which govern the political involvement of public State officials…."

Quickly the deputy general counsel for Chancellor Sheri Everts answered Zebzda in a two-page denial on Oct. 12, quick turnaround for a bureaucracy! (I also have a copy of that letter.) There's been no untoward political activity by the two trustees nor by Appalachian State University, wrote the deputy.

Much of his denial seemed based on the photograph of the two trustees that was published on this site:

The deputy counsel wrote: "Their only involvement seemed to be that they were photographed together. The photograph further illustrates that neither of these individuals wore any indicia of Appalachian State University affiliation and were pictured talking to each other and not candidates or officers of App-PAC."

The wording is interesting: "Their only involvement." The flat denial implied by that word choice gets undercut immediately by "seemed to be," which made me flash on the university's Latin motto: To Be Rather Than To Seem. The physical evidence in this case is a "seems," at least for the deputy counsel, and is utterly without substance. (But the involvement of high-ranking university officials in a PAC was never the implication of an otherwise innocent photograph. It's the stuff that stands well outside the view of any camera that concerns us. And the lawyer's argument is silly.)

None of it matters, anyway, because the deputy counsel hurries to his main point: The rules against political activity applies to employees, not to trustees (tiers of power):

"…this North Carolina law only applies to employees, as it is entitled Political Activity of Employees. Trustees are not Appalachian State University employees."

The deputy counsel says "no."

I accept that categorial denial and wonder why the chancellor did not also say this at the ASU faculty senate meeting last week. I've apparently been roundly condemned on campus for publishing that Zoom clip of Chancellor Everts remaining mute (and not a little miffed) when asked the direct question about university knowledge of or involvement in the Appalachian PAC. If her silence did not signal guilt, then I have to assume it's just arrogance and irritation at being questioned about anything at all, ever.

And the overriding question behind all this controversy remains: What are AppState ambitions in Boone regarding real estate development, and what kind of levers of power can they marshal for those ambitions?

Posted by J.W. Williamson at 10/16/2021 07:39:00 AM
Email ThisBlogThis!Share to TwitterShare to FacebookShare to Pinterest
Labels: Appalachian State University, Sheri Everts, Town of Boone