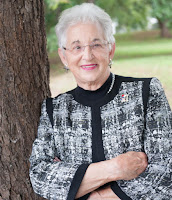 Part of the pressure campaign the Trumpists have mounted to force the US Supreme Court to declare Trump reelected is an amicus brief appended to the Texas lawsuit that seeks to overturn election results in Georgia, Wisconsin, Pennsylvania, and Michigan so that Trump can win. Some 106 Republican members of Congress have signed onto that amicus brief, including Virginia Foxx of the 5th NC.

Also the attorneys general from 18 Republican-led states have joined the push to solicit the court to dismiss the results in those four swing states that Biden won. Trump had those guys to lunch at the White House yesterday to celebrate their mutual mythology.

When one state (Texas, bless its heart) sues another state or states, the case can go directly to the Supreme Court without the usual stops in district and appellate courts. We might actually hear today what the Supremes think of this attempted overthrow -- either by the close of business or whenever Kavanaugh brings in the kegger, whichever comes first.

In all, some 20 states, along with the District of Columbia, Guam, and the U.S. Virgin Islands, have filed a motion calling on the high court to reject the Texas request as one of the silliest and most potentially destructive suits in the history of the Republic. Trump said all along that he wanted Amy Coney Barrett on the court to help the others simply anoint him per curiam.
That Virginia Foxx has signed on to this attempted demolition of the whole structure of the Republic should not be forgotten when she starts screaming about how God told her how sacred the Constitution is.
Posted by J.W. Williamson at 12/11/2020 09:34:00 AM
Email ThisBlogThis!Share to TwitterShare to FacebookShare to Pinterest
Labels: Donald Trump, Joe Biden, Texas, U.S. Supreme Court, Virginia Foxx

TEXAS V. PENNSYLVANIA, ET AL.
The State of Texas’s motion for leave to file a bill of complaint is denied for lack of standing under Article III of the Constitution. Texas has not demonstrated a judicially cognizable interest in the manner in which another State conducts its elections. All other pending motions are dismissed as moot.

Statement of Justice Alito, with whom Justice Thomas joins: In my view, we do not have discretion to deny the filing of a bill of complaint in a case that falls within our original jurisdiction. See Arizona v. California, 589 U. S. ___
(Feb. 24, 2020) (Thomas, J., dissenting). I would therefore grant the motion to file the bill of complaint but would not grant other relief, and I express no view on any other issue.