Democrats and the Winning Politics of Marijuana Legalization 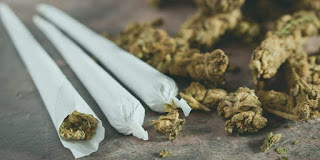 If you spent election night glued to the presidential results, you may have missed that November 3rd was a huge night for weed. Voters in Arizona, Montana, New Jersey, and South Dakota passed referendums legalizing recreational marijuana. Medical marijuana measures passed in Mississippi as well as South Dakota (a moot point considering voters also passed the full legalization measure). In an election that revealed a bitterly divided country at all levels of government, legal weed managed to transcend the partisan split and win comfortable victories in both red and blue states.

These results cap off an extraordinary decade for an issue that until recently was viewed as radical and taboo. Since 2012 marijuana has been legalized in 15 states plus the District of Columbia. Legalization is now supported by a record 68% of Americans and is popular across a wide range of demographic groups. Even among Republicans and weekly church goers, support is just shy of 50%.

After years of foot dragging on legalization, there are indications that the Democratic Party is finally catching up with the American public. Earlier this month the House of Representatives passed a bill decriminalizing marijuana possession with the support of all but ten Democrats (six no votes, four abstentions). Only five Republicans supported the measure, though in perhaps a quiet acknowledgement of the bill’s popularity, 34 Republicans did not cast a vote. The bill will die inside Mitch McConnell’s desk, but it nonetheless illustrates that marijuana legalization is now being taken seriously in the halls of Congress by at least one political party.

While the House vote is welcome news, many Democratic leaders including president-elect Joe Biden still stop short of supporting outright legalization. Considering marijuana initiatives ran at least ten points ahead of Biden in every state where they were on the ballot, the president-elect and his party would be wise to fully embrace this massively popular movement. Politics aside, the legalization and taxation of marijuana would be transformative policy with far-reaching effects. It would create jobs and offer farmers a valuable cash crop. It would give seniors, veterans, and others a non-addictive alternative to painkillers, potentially stemming the tide of the opioid epidemic. It would help to alleviate racial disparities in the criminal justice system. And the revenue could fund schools, healthcare, and/or a Covid-19 relief package to keep people and businesses afloat.

The Democratic Party has a golden opportunity to lead on the legalization of marijuana and ride a popular wave of support to victory in upcoming elections. In order to unleash the electoral power of this issue, candidates need to not only support legalization but fight for it in their ads, campaign literature, and stump speeches. They have to smash the old stereotypes and make the case that legalization can improve people’s lives and go a long way towards solving many of our country’s problems. Meanwhile, Democrats would be smart to organize ballot referendums in every state where referendums are possible. Such a campaign could offer a rare opportunity for the party to simultaneously energize its base, attract infrequent voters, and siphon off parts of the Republican coalition that haven't voted blue in years.

The legalization of marijuana could reinvigorate the Democratic Party and help America recover from the devastation of 2020. After a pandemic and four years of Trump, a little weed could do the country some good.

Posted by J.W. Williamson at 12/17/2020 08:43:00 AM
Email ThisBlogThis!Share to TwitterShare to FacebookShare to Pinterest
Labels: marijuana laws