Vinegar base, you bet. 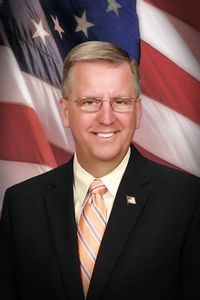 We should have seen state Senator Bob Steinburg coming. The senator from District 1 (bunch of sparsely populated counties down at the OBX) advocated first on Facebook and then out loud and loudly to WRAL in Raleigh yesterday, saying that Trump should declare martial law, suspend habeas corpus, and start rounding up his enemies, the people of the Deep State who are stealing the presidency from Trump, including, by the way, Chief Justice John Roberts. "Let’s take a look at [him]," Steinburg told WRAL. "Somebody's got something" on Roberts and, as evidence, Steinburg averred that "a lot of retired FBI and CIA agents live in his district and have told him so."

"I hear this all the time," Steinburg said. "All the time.”“There’s something going on here bigger than what anybody is willing to talk about," he said. "I’m not nuts. … I’m not a conspiracy theory person. I don’t like them. I don’t like conspiracy theories at all. But something is going on here that’s bigger than meets the eye.” (China? China plus Deep State?) Steinburg then offered, unprompted, to take a psychiatric evaluation. He said the CIA and FBI both know there's a coup d'etat going on in the country but won't do anything about it. "They think we’re just bunch of boobs out here in the hinterland," he said. "Well, these boobs are waking up.”
What happens when a boob wakes up and walks off the end of the pier? Does he drown? Or does he swim to shore, a wiser boob?

Steinburg was just reelected a month ago to his seat for a 2nd term. I was promoting Democrat Tess Judge to beat him, but he beat her by 10,000 votes, buoyed by the same Trump effect that won so many other marginal districts. Steinburg previously served three terms in the NC House. He's said to be "widely unloved." The previous and retiring Republican who held the Dist. 1 seat, Bill Cook, said on the record that Steinburg was "unfit for office," yet Steinburg ran for Cook's seat in the Republican primary of 2018. Cook endorsed Steinburg's opponent Clark Twiddy and contributed money to the Twiddy campaign. But Steinburg beat Twiddy like a drum, winning over 58% of the vote.
"Unfit for office"? He apparently has anger management issues, a temper that boils hot enough to evaporate rationality. He's been arrested twice, once for disorderly conduct and once for assault on his opponent's campaign manager. The charges were later dismissed. More recently, as he faced reelection, he reportedly clashed with elementary school teachers at a faculty meeting (Gatesville Elementary in Gates County). He gets pissed quickly, especially when challenged. At the Gatesville school, a teacher complained about his salary, and Steinburg popped out his boob: 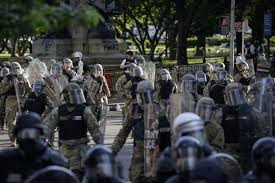 "Whaddya think I get paid?"
The teacher said, "I couldn’t guess."
"$14,000 a year," Steinburg snarled, and "I work harder than you do." (Base salary for all members of the NC General Assembly is $13,951 per annum, plus travel allowance of $104 per day.) That room was maybe the wrong audience for that kind of asinine display, but then, what room would be the right room for claiming you work harder than the people facing you?
The teacher justifiably walked out. Steinburg reportedly asked his name. "He's gonna pay for that," Steinburg supposedly said out loud. (My only source for this story is Brant Clifton's conservative blog which has always had a hard-on about Steinburg's not being conservative enough, so grain of salt time.)
Steinburg is not the only Republican displaying anger management issues right now. Anger that is driving ever grander fantasies of power and revenge. Steinburg wants to bring on martial law and to lock 'em all up because we've got a national emergency on our hands. Yes, I consider the willingness to end democracy for the approval of Trump a Code Red crisis.
Posted by J.W. Williamson at 12/16/2020 11:27:00 AM
Email ThisBlogThis!Share to TwitterShare to FacebookShare to Pinterest
Labels: Bob Steinburg, Donald Trump, Trumpism