Jennifer Granholm, to be secretary of the Department of Energy 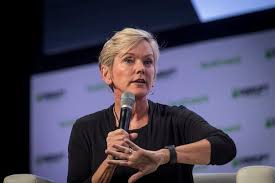 She is the former governor of Michigan and has been a strong advocate for zero-emissions vehicles. She is currently an adjunct professor of law at the University of California at Berkeley and has argued that the United States risks being left behind by other countries if it doesn’t develop alternate energy technologies. "Her pick is a clear sign that Biden wants the department to play an important role in combating climate change" (WashPost).

The bulk of the department's mandate has to do with the maintenance and safeguarding of the nation’s nuclear weapons and handling the cleanup efforts at contaminated nuclear sites. The nuclear program consumes about 75 percent of the department’s budget. “The Energy Department is actually the Nuclear Weapons Department,” said Daryl Kimball, executive director of the Arms Control Association. Granholm would not be the first energy secretary without a background in nuclear issues, but she could rely on the expertise of deputies.

The Energy Department's role in promoting research began getting more attention in the Obama administration and is likely to feature prominently under Biden, given his promises to tackle climate change. Granholm worked with Biden in Michigan a decade ago when he was overseeing the American Recovery and Reinvestment Act, and he credits her with helping to save the auto industry and the union jobs it supports.

Pete Buttigieg, to be secretary of the Department of Transportation

[Indebted to Tyler Pager and Sam Mintz at Politico] 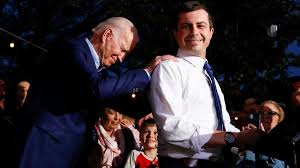 Buttigieg’s ascension to the top spot at DOT marks the culmination of a meteoric rise in politics over the last two years from the mayor of South Bend to the first openly gay Cabinet secretary, if he is confirmed.

But Buttigieg's landing spot comes as a surprise given his thin transportation policy resume.

Buttigieg, 38, wanted to serve as the ambassador to the United Nations, a position that went to Linda Thomas-Greenfield, and he was also considered for Commerce secretary. But Buttigieg has a limited political future in his home state of Indiana, and Buttigieg supporters were hopeful Biden would give the mayor a high-profile spot to gain more experience and bolster his big political ambitions.

If confirmed, Buttigieg will head to Washington to take responsibility for nearly 55,000 employees, an $87 billion budget and more than a dozen administrations, overseeing the nation’s airspace, highway system, pipeline safety and much more.

Buttigieg became a top-tier presidential contender, eventually winning the Iowa caucuses and finishing second in the New Hampshire primary. His presidential bid flamed out after the first four early states, largely because he failed to make any inroads with voters of color, a critical constituency in the Democratic primary.