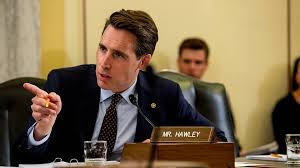 So Senator Josh Hawley, photogenic Republican from Missouri, clearly intends to take the baton of Trumpism and run for president in 2024 as the last loyal defender of his leader -- the one member of his Party and of the Senate willing to step out and declare that he will disrupt the wholly ceremonial reading of the Electoral College votes next week, and make a final attempt to somehow overturn the election of Biden and return all power to Trump. The House has its members of this band of dead-enders too, like Louie Gohmert of Texas, who hilariously sued Vice President Mike Pence yesterday, asking a federal judge to tell Pence to just go ahead on and declare that Donald Trump has been reelected. (Pence will also be very much on the cusp of imminent national embarrassment next Wednesday. Watching his behavior may be better than Japanese anime.)

Hawley must know that his own little theatrical display will only delay what's right and legal. He can't win because it's a joint session of Congress, and the Democratic House will never vote to overturn Biden's election. End of story. But Hawley clearly has bigger, meatier fish to fry. He's taking on the Trump mantle (pugilist to the end) in a bid to be the number one Republican contender for continuing (and for escalating, bitches!) the Trumpist lust in 2024 for overturning liberal government.

Hawley promises to force debate and votes in the Senate which will put all the other Republican senators squarely on a spot they don't want to be standing on. Are they loyal Trumpists? Or apostates worthy of burning at the stake (or at the very least, primarying in 2022).

It's the Republican senators up for reelection in two short years who'll be most visibly pinched in the ass by Hawley's gambit. With that in mind -- and since I can be as big a voyeur as the rest of you mugs! -- here are the Republicans to watch on January 6th -- a species of sitting birds, laying heavy on their nests, but up for reelection in two short years from the moment they reveal themselves to the Trumpist majorities in their own states, mobs who aren't loath to take up arms. Will these senators crumble to Trump and vote to overturn the election? Or will they stand for maintaining constitutional government even in the face of our authoritarian clown?

Republican Senators Who'll Be On the Ballot in 2022

Here are the 20 senators up for reelection in two years who'll be called on to vote on Josh Hawley's challenge to overturn the election.

Richard Shelby of Alabama -- What does he have to fear from Trumpist terror? He won his last reelection by a margin of 28%. Still, he's from Alabama, which sprouts unhinged true believers like other states sprout alfalfa seeds. Roy Moore. You remember him, right?

Lisa Murkowski of Alaska -- She'll not hesitate to vote to uphold Biden. Stick a thumb in Trump's eye? You bet.

John Boozman of Arkansas -- Don't know a thing about him, but we've all heard a thing or two about how popular Trump is in The Toothpick State.

Marco Rubio of Florida -- He's gonna get an ulcer over this. He has every reason to despise Trump, and I suspect he does. Plus he wants to position himself again too for a presidential run in 2024 -- supposedly as the sane alternative to Trumpism. Good luck with that project, Senator, but how do you vote on Senator Hawley's grandstanding? Rubio won his last election by an anemic 7.7%, and he showed himself a weak defender of himself in those debates with Trump in 2016.

Mike Crapo of Idaho -- Other than loving to mispronounce his name, I know little about him. Idaho has a lot of Mormon Republicans who haven't shown themselves overly infatuated with Trump.

Todd Young of Indiana -- From the same state that Mike Pence wrapped in his chaste embrace as governor. Dunno about Sen. Young. 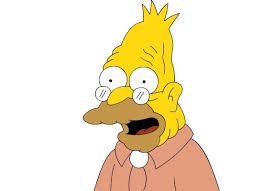 Chuck Grassley of Iowa -- He'll be 89 in 2022, but he seems very happy playing Grandpa Simpson for another season. He's also got enough statesman left in him to stand up against the last Trump theatrics. I say he'll vote to uphold Biden's election.

Jerry Moran of Kansas -- What's the matter with Kansas is that it's been showing signs of moderation. It elected one of only two native American women to Congress in 2018 and has a Democratic governor. I know nothing much about Moran, though.

Rand Paul of Kentucky -- Oh, he's gonna go full bore (and boar) for saving Trump's ass. He last won reelection by almost 15 percentage points. Kentucky elected a Democratic governor in 2018, mainly perhaps because the Republican was such a royal jerk, but Kentucky has not been trending Democratic. Liberals there put all their hopes on Amy McGrath, twice.

John Neely Kennedy of Louisiana -- I know him only as a talking-head on TV. He's smart. Also prone to going out on rhetorical limbs in front of Trump and for Trump's approval. He said of Nancy Pelosi, "It must suck to be that dumb." The Trumpists ate it up. But his annoying molasses-mouth and rhetorical flourishes like he's a re-embodiment of Bourbon aristocracy (or of General Jack S. Phogbound) do not wear well with me. But he'll vote to reinstall Trump.

Roy Blunt of Missouri -- We're accustomed to thinking of Missouri as the shire that elected Josh Hawley to the Senate in the first place. He replaced Claire McCaskill, whose talking-head on TV is currently one of my favorites. But Blunt, one of the most powerful senators in his caucus, squeaked by in his last reelection (margin of less than 3%), and he may fear the Trump loyalists in his state. But he's also an institutionalist and one of McConnell's lieutenants.

Richard Burr of North Carolina -- He shouldn't give a good goddamn about what Trump and Trumpists think, because he's already a lame duck, promising not to run for reelection. Does he has any statesmanship left in him?

John Hoeven of North Dakota -- He's a blank to me where a face should be.

Rob Portman of Ohio -- Last won reelection by a margin of almost 21%, so he shouldn't have to fear too much the wrath of the Trumpists. But he was outed by Carl Bernstein as aping Trumpist beliefs while secretly/silently despising the president. So I think he might vote to uphold Biden.

James Lankford of Oklahoma -- He's smart. He knows his voters, who trend heavily toward Trumpist belacosity. But Lankford won his last election by 43 freakin' points, so maybe he feels cushioned enough to defy the true believers.

Pat Toomey of Pennsylvania -- He's already announced his retirement. Nothing to lose in upholding Biden.

Tim Scott of South Carolina -- Only Black Republican senator. Dunno what he might do, but I think his institutional loyalty might actually out-weigh any dread of mass white opposition to him in 2022. He last won election by a margin of almost 24%.

John Thune of South Dakota -- Already denounced as a traitor by Trump for his siding with Majority Leader Mitch McConnell in demanding that fellow Republican senators not indulge in what Josh Hawley plans to indulge in. His margin of victory last time was 43.6%, so why would he be afraid? Since he's already on the outs with Trump, he might as well be in for a dollar since he's in for a dime.

Mike Lee of Utah -- I actually think this arch-conservative may vote to uphold Biden.

Ron Johnson of Wisconsin -- One of the most avid enabler's of Trump's whims. He'll vote to overthrow the election. Incidentally, he's already announced he's retiring in 2022 (and it'll be a hell of a contest for the open seat), so he really doesn't give a damn.