Why So Pale and Wan? 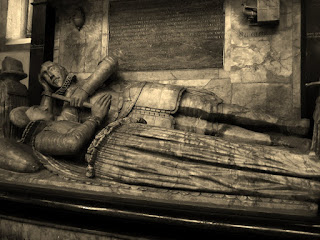 We've been highlighting here the growing wave of Democratic energy since Twitterman took control of all the TV remotes in the White House many moons ago, but Republican energy is a little harder to judge. We look for signs of enthusiasm, or signs of fatigue. We look for burning passion or dying embers. What are Democrats up against in 2020? What, in fact, are Democratic prospects right now in 2019 in two special congressional races in North Carolina?

(The most experienced Democratic political operative I know in North Carolina thinks dimly of Dem prospects in those two special elections. Fortunately, his is not the last word. Not until votes are cast and counted.)

Plenty of burning desire on the Republican side so far. There are 17 confirmed Republican candidates in the NC-3 special election on the coast --17 Republicans in a primary where somebody's got to get to 30% to win and avoid a run-off. They're enthused -- 17 of them at least -- because the district is overwhelmingly Republican, and that's a House seat they consider theirs, by right and by birth and by Divine guidance, so why wouldn't they line up three deep to try to grab it?

There'll be a bunch of Republicans running in the 9th too. We already know about Stony Rushing. But there's at least three more, including Matthew Ridenhour, with additional people still considering it. Candidate filing in the 9th opens tomorrow and closes Friday. You gotta jump and run, Brethren.

Then we read this today on conservative Brant Clifton's page:


I’m hearing that the GOP grassroots is not exhibiting a lot of excitement this year. Many counties that met today [GOP county conventions, Sat., March 9] reported poorer-than-average attendance than previous years. Over in the 9th district, Union County — arguably with one of the largest cohorts of Republican voters in the state (2nd largest in the 9th) — had attendance numbers that will easily be beat by counties around the state with much smaller GOP registration. People are worn out, I am hearing.

I looked in vain at coverage of the Watauga GOP Convention in the Watauga Democrat, and there was no picture or mention of attendance, let alone enthusiasm. Their biggest news: Watauga GOP Reelects the Same Chair From Last Year. Party chairs often have to fall on their swords after an electoral drubbing, but not in Watauga.

I'd love to believe any Republican listlessness is at least part Trump-trauma, Twitter exhaustion, good old revulsion from repeated exposure to hideous behavior.