Good News for AppState Students, But New Photo ID Law Is Only a Lawsuit Away From Sudden Death 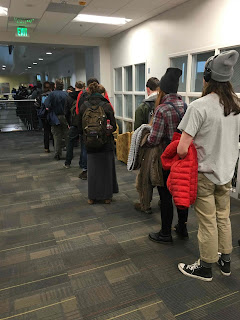 Some 850 North Carolina universities, colleges (both public and private), local governments, including charter schools and tribal entities, were eligible to request approval. The deadline for applications was last Wednesday, March 13. Yesterday at 5 p.m., the State Board of Elections (SBOE) issued their list of approved photo IDs (see below), the ones that satisfy the law passed by the General Assembly. Mirabile dictu, AppState made the list of approved IDs.

According to Kim Strach, exec director of the SBOE, of those 850 entities entitled to request approval of the photo IDs they issue, only 81 submitted requests. Of the 81, some 72 received approval. None of the entities who were disapproved and none who never applied at all -- following the law the Republicans wrote -- may reapply for acceptance until 2021. In other words, a law hurriedly written by the Republicans in the NC General Assembly has managed to disenfranchise or otherwise disadvantage hundreds, if not many thousands, of students/staff/employees/enrolled members for the 2020 elections. This includes most of our state's colleges and universities, unless those students also have state drivers licenses or other approved forms of ID. Many will. Many won't.

In other words, photo IDs required for voting in North Carolina has ballooned into a scandal. Of major proportions. Imminently justiciable, based on manifest malfeasance of law-writing, either incompetence or ill will by the Board of Governors of the UNC System, and benign neglect by administrators/employers who shirked their responsibility and failed to apply.

Refer to the approval list below. Twelve of the 17 UNC System institutions didn't make the approved list, meaning many thousands of students (30,000 at UNC-Chapel Hill alone) have been disadvantaged for voting. Besides AppState, which is approved for both student and employee IDs, the only other UNC members approved for their students are NC State, NC Central, and UNC Asheville. A handful of community colleges are approved. A tiny handful of private colleges, though Duke is on the approved list.

Congratulations are in order for the Berger/Moore machine in the General Assembly. They have successfully suppressed the youth vote for the 2020 elections. Or not. For all hope now shifts to the courts, where this rank bullshit cannot stand the constitutional test. 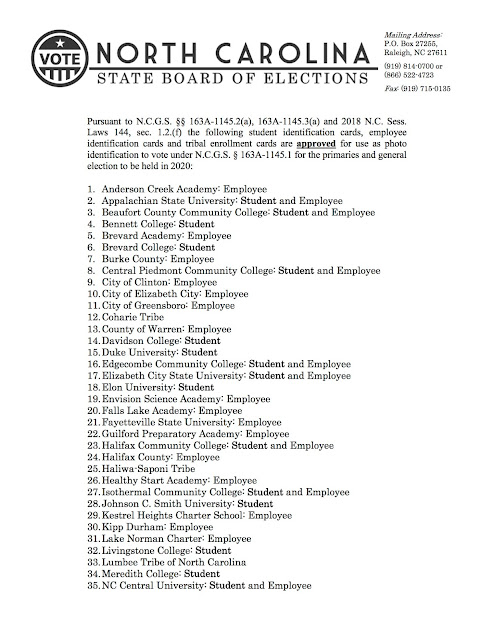 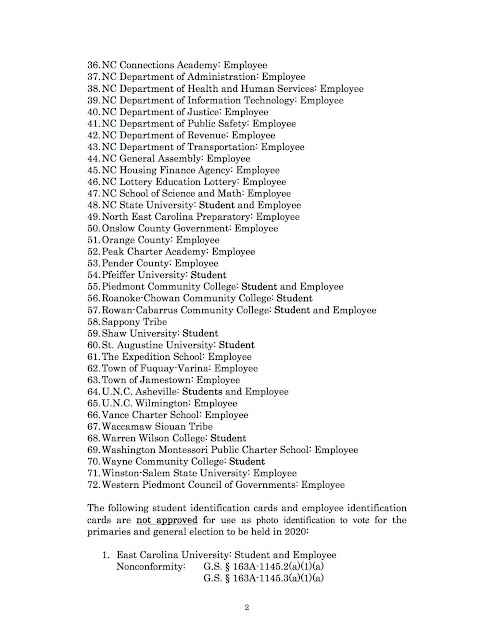 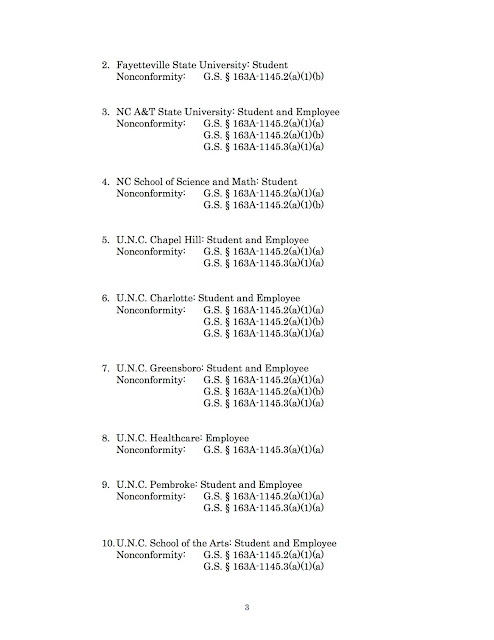 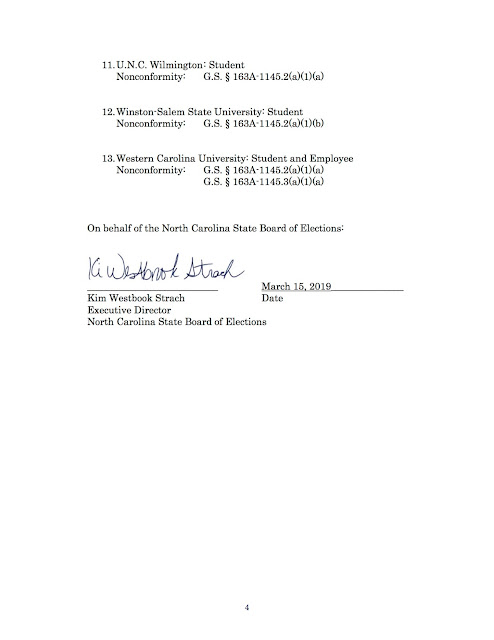 "benign neglect by administrators/employers who shirked their responsibility and failed to apply."

That is a bit of an overreach. These administrators are charged with the best interest of the students, faculty, and institution, not to comply with a ridiculous new set of regulations that never should have passed the GA. Each of these 72 institutions have opened themselves up to legal action (and you know it'll happen) and have jeopardized their Board members and employees.