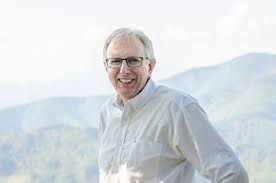 Freshman Rep. Ray Russell (District 93) in the NC House yesterday introduced the "North Carolina Sunshine Act" in an effort to reform practices in the General Assembly that would make it more transparent, fairer, and more responsive to public scrutiny. Like this: "The long title of each bill shall adequately and fairly reflect its subject matter." Novel idea that, for a body that sneaks in abortion restrictions under a title dealing with motorcycle safety. Or this: "Every special provision [pork] contained in the Current Operations Appropriations Act shall indicate the name of the member or members who requested the provision." The Pork King Tim Moore especially wouldn't like that requirement.

These would all be reforms that the Berger/Moore overlords are not about to enact. So what did Tim Moore, Republican leader of the House, do with the bill? He referred it to 12 different committees, a gesture of outright mockery:

WRAL's reporter on the scene, Travis Fain, said the referral to all those hostile committees amounted to "an unheard of series of hurdles that, to put it mildly, does not bode well for passage." Said @RaleighReporter Colin Campbell, "Never seen a bill get sent to a dozen committees -- shows how much #ncga House leaders like a proposal for more transparency."

Which prompts the obvious question: What do Tim Moore and his confederate in the Senate Phil Berger not want you to see, hear, or understand?

That brand of arrogance has already passed its "sell by" date, judging from last fall's blue wave (which incidentally put Ray Russell into office). Just doubling down on your arrogance doesn't seem like a winner for 2020 either.