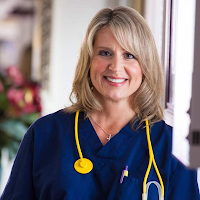 Looks like primary races for lieutenant governor of North Carolina are going to be energetic. On the Democratic side, we have Cal Cunningham, Terry Van Duyn, Chaz Beasley, and several others facing off. And now on the Republican side, as of yesterday, we have a new prom queen, Renee Ellmers, entering the contest. She was last heard from when she was defeated in the Republican congressional primary in 2016 by Rep. George Holding. She had been elected to represent the 2nd Congressional District in 2010 and held the seat until redistricting shoved her into a match-up with George Holding.

So far, Ellmers will be up against former Mount Airy Mayor Deborah Cochran, but there's a basketball team's worth of Republican men who've been considering the office.

Even though she was elected with the Tea Party wave of 2010, Ellmers never earned the trust of many on the far right. Some outright hate her. The Daily Haymaker refers to her as a she-devil, about as welcome on the ballot as a case of cancer. No, really. For her part, Renee broadcasts on one of her Twitter accounts that she "

Jesus,Trump, animals, gardening, beach, boating," which certainly sets my mind at ease that she's fully equipped to do the same job that the current occupant of the office, Dan Forest, has been doing.

Some ultra-conservative Republican man will for sure announce a run, now that Ellmer's in. You can bet on it.

Posted by J.W. Williamson at 3/28/2019 08:29:00 AM
Email ThisBlogThis!Share to TwitterShare to FacebookShare to Pinterest
Labels: Renee Ellmers