New Hope in the US House: 3 Women From Virginia


Personal Note
We'd like to meet the chief political minds behind these winning campaigns. Call us. 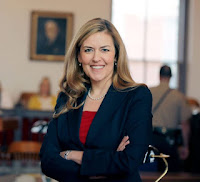 Wexton had been a well known Virginia state senator from Loudoun County, and she won the June congressional primary against a slew of Democratic opponents. She was an immediate favorite to knock out Comstock, widely considered the most vulnerable Republican in the nation. Wexton ran her campaign not so much as an insurgent but as a frontrunner protecting a huge lead. (Trump is sufficiently unpopular in her northern Virginia district. And she wasn't shy about being the resistance. "Change Is Coming" was one of her slogans.)

Loudoun County was jet fuel for Wexton. It's both the heart of and the population center for the 10th District. Government professionals, non-profit professionals, local business entrepreneurs, suburban Republican women. The 10th hasn't voted for a Democrat in over 60 years. But Wexton was already known and respected as a state senator. She won her seat in a special election in 2014 and was reelected in 2015 with over 56% of the vote. She had earned distinction as a lawyer and a prosecutor -- an assistant Commonwealth’s Attorney. Plus she'd done a ton of pro bono legal work, served as president of the local bar, and was appointed a special judge in Loudoun District Court.

Spanberger grew up in Short Pump, Virginia, in Henrico County. She attended J.R. Tucker High School’s Spanish immersion program, served as a Senate Page for US Senator Chuck Robb, and graduated from the University of Virginia. After college, she moved to Germany and earned her MBA from a dual-degree German-American program. She was picking up important languages for espionage.

Before the CIA, she was a federal law enforcement officer working narcotics and money laundering cases with the US Postal Inspection Service. With her background speaking multiple languages, Abigail joined the CIA as an Operations Officer (entering the clandestine service and specializing in counter-terrorism). She traveled and lived abroad collecting intelligence, managing assets, and overseeing high-profile programs. In 2014, she left government service to begin a career in the private sector with EAB, a higher education consulting firm. At EAB Spanberger has helped colleges and universities create diverse student bodies, increase graduation rates, and break down financial barriers to higher education.

Michael Tackett profiled Luria way back last January in the New York Times (along with two other women veterans of the Armed Forces running for high office in 2018):

Luria joined the Navy at the age of 17, eventually "majoring in" surface warfare at the Naval Academy. She rose to commander rank and served for 20 years before retiring. 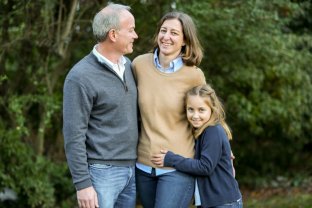 "Luria said that she felt the pull to run for office after Mr. Trump’s election, and that her husband quit his job to help take over household duties so she could focus on campaigning .... she had earned a black belt in taekwondo, passed all the required endurance tests and flourished in the classroom .... After the Sept. 11 terrorist attacks, she said, she felt compelled to stay in the Navy. She had a letter of resignation stuck in her desk, but never submitted it."

Luria had the backing of the DCCC (Democratic Congressional Campaign Committee) and ran a disciplined and (judging from my own in-box) relentless campaign.


But There Were Also 3 Heart-Breaks in Virginia

Organic farmer and writer Anthony Flaccavento in the 7th, whom I profiled back in July.

Investigative journalist Leslie Cockburn in the 5th, whom I profiled back on May 30th.

"Bold progressive activist" Jennifer Lewis in the 6th, whom I profiled in July.

Flaccavento's loss probably means it'll take years before another Democrat attempts it (I at least hear that from a political activist in the 7th). Cockburn (or someone like her) could possibly win it next time. And Lewis has something to build on.