Senator Tillis Is About to Have Two Rough Years 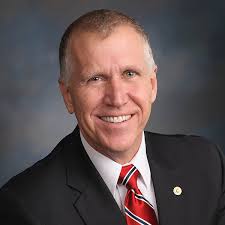 Can Thom Tillis make himself into a convincing Trumpian after being a moderate pussy? And can he also hold onto the North Carolina suburbs as he impersonates someone he's not?

Senator Thom Tillis will be up for reelection in 2020 (along with a host of other leading characters, but set them aside for the moment. I wanna give always-upwardly mobile Thom my undivided attention, if only short-span). Tillis looks weak because he vacillates spectacularly.

A bare month into his term of office, early in 2014, Tillis was making a show of himself as a new kind of Republican who'd work with Democrats to achieve mutually beneficial results on immigration reform (in a Chamber of Commerce sort of universe). By September of 2017, with Trump still spouting all sorts of anti-immigration garbage, Tillis was still hanging in as "bipartisan" on immigration reform, a "soft Republican." With fanfare, Tillis became a prime mover of the "SUCCEED Act," legislation that would go around Twitterman's recent executive order ending Obama's "Dream Act." Tillis's bill would allow legal status to illegal immigrants who arrived before January 1, 2012, and who are under the age of 16 (thus shutting out the 18-, 19-, and 20-year-olds who would soon storm his office in protest).

But when's the last time you heard a peep about the SUCCEED Act? Tillis, watching the immigration content of all those rallies Trump was holding, has miraculously seen the light. The flash must have come sometime between September 25, 2017, when he introduced SUCCEED, and January 4, 2018, when he volunteered himself out of the key "bipartisan" Senate "Gang of Whatever," who had been trying to legislate a compromise immigration policy. By January of this year, suddenly not his cup of tea any more.

He also (and simultaneously) volunteered to become something of an immigration hardass (at least as portrayed by Breitbart News). When angry undocumented youth invaded Tillis's Washington office early this year, Tillis saw his opportunity for a Sister Souljah moment. He took a hard-line posture and got royally cussed out for not being so moderate on immigration any more.

He's been disengaging from the issue already for months. He's become a cow to Trump's stampeding.

(He's also now cowed on the subject of protecting Robert Mueller. He made a big show last year of introducing legislation to build a hedge around the Russian investigation, a position he's pushed out of sight the way a cat hides its own scat.)

In 2020 voters are gonna remember, or be induced to recall, his early feints toward a more liberal immigration policy. Will his rewriting of his own history work? Will his new Trumpian persona seem credible, or merely the pose of a soft man who needs to look steely in the primary. In truth, he ain't that mean, and people know it.


Tillis is and has always been motivated by the Chamber of Commerce view of the world, and the Chamber of Commerce needs those foreign workers. Business interests can bend in many directions for money, like a flexible reed, and Tillis has been a willingly flexible tool himself ... which makes him a type of Republican increasingly unloved by the state's conservative, Trump-loving vanguard -- Tea Partiers and other hard-right Libertarians, as attested to by The Daily Haymaker. Tillis the Whiffinpoof -- they diss him with gusto. (The Watauga Conservative belongs to this general viewpoint, though that weird bunch doesn't tend to pay any attention to state or local politics. If it doesn't involve Trump, it doesn't involve them.) 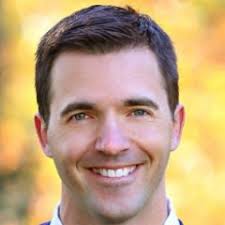 The Frontrunner To Oppose Tillis in 2020

The star power of the Democrat who's likely to challenge Tillis in 2020 -- Senator Jeff Jackson of Mecklenburg County -- might give the incumbent "the willies."

Jeff Jackson crisscrossed the state -- including appearances in Boone -- during 2018, raising money for other Democrats running to break the Republican majority in the NC Senate, his home base. That effort was successful. He made himself better known, and he did it for the benefit of others (he himself had a very safe seat and could afford to spend his time campaigning for newcomers).

Jackson served in Afghanistan, Kandahar Province, as an Army reservist, became an attorney and a prosecutor in Gaston County, rose in Democratic ranks, and when Senator Dan Clodfelter resigned partway into his term in 2014, Jackson was appointed to fill his seat and was elected in his own right in the fall of 2014. Jackson has been a champion of legislating an independent redistricting commission to put the kibosh on partisan and racial gerrymandering, and he hasn't been shy about becoming an outspoken Democratic leader.

He became instantly famous for this speech about the tyranny of Phil Berger and His Boys in October 2014 :


In February 2015, Jackson made The Rachel Maddow Show for being the only legislator to show up for work on a snow day. He's good on TV, and he knows it. He can raise a lot of money.

We like his chances. He's going to bend that flexible reed, maybe to the breaking point.

Cannot say enough good things about Jeff Jackson... there was also his tweet during the runup to the midterm election, simply noting that his opponent was a good person and deserved consideration; this was so unusual as to make national news... the man is a treasure, indeed. Why, it's almost as though he believes he is working to serve the public, not his self-interest!

And for the NCDP his name is golden