On the Republican Right: Blame Anyone But Don't Blame Trump 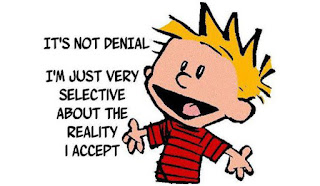 It's sometimes instructive to watch how a losing political party rationalizes its losses, especially when said political party cannot or will not acknowledge what is actually wrong.

On the Tea Party right of the North Carolina GOP, some are blaming NC GOP Executive Director Dallas Woodhouse and Party Chair Robin Hayes for the loss of their veto-proof majorities in both the NC House and the NC Senate. Those party leaders are accused mainly of being wusses in the pursuit of hard-right conservative goals. In other words, they're being criticized for being insufficiently Trumpian.

Interesting, since there's plenty of statistical evidence that the NC GOP lost almost every incumbent House and Senate member in Mecklenburg County (for example) because of the souring on Trump of the suburbs. No one on the Republican side admits that. Perhaps that thought is simply impossible to think (which is the definition of how hegemony works).

Meanwhile, the prime mover of those suburban voters away from the GOP said on Thanksgiving that he personally was thankful "for having made a tremendous difference in this country.” “I’ve made a tremendous difference in the country," he repeated, because he's a single-shot repeating rifle, and I actually couldn't agree more. He's revived the progressive movement, reenergized the Democratic Party, inspired hundreds of first-time candidates, and caused the loss of the NC GOP's veto-proof majority in the NC General Assembly.

The longer their activists are in denial, the better.