New Hope in the US House: Lucy McBath from Georgia

The can't-get-past-the-Civil-War South fades a little more every year. A black woman will now represent the 6th Congressional District of Georgia.

Not only that. She's a pro-gun-control black woman. Lucy McBath lost her son to gun violence in 2012 because he was playing his music too loudly and "took an attitude." White man shot him. Because the music was too loud. On Tuesday, Lucy McBath won the 6th (admittedly by a thin margin, 50.5%), the very seat in Congress that Newt Gingrich once used to step up on and take a leap into the nation's bloodstream. Lucy McBath.

“Six years ago I went from a Marietta mom to a mother on a mission,” she said.

No mean feat, taking the 6th. It's majority Republican overall (+2 aggregate margin), with Cobb County really Republican. According to them-what-count numbers (FiveThirtyEight), "a Democrat would be expected to lose Georgia 6 by 9.5 percentage points in a neutral national environment (one in which the two parties fought to a tie nationally)."

Some of us thought a Democrat was going to turn the Georgia 6th blue on June 20th, 2017, in the special election that Democrat Jon Ossoff ran in and became a phenomenal fundraising machine but couldn't close the deal. Ossoff got national star attention as part of a building "blue wave," and he got damn close -- 48%. How McBath did it better possibly reflects the Trump Fatigue among suburban Republican women. (Just spit-balling here.)

Have to feel a little sympathy for incumbent Republican Karen Handel, who hasn't served in office but a scant year, and who has a history of close ones that she's usually lost. She lost a Senate bid in 2014, coming in third in a Republican jungle primary. In 2010, she had beaten Nathan Deal in the first round of the Republican jungle primary for Governor but lost to him in the second round by .04 percent of the vote.

But wait, there's another potential Democratic flip in Georgia! 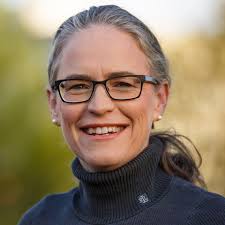 Bourdeaux had good company on Tuesday. She was running on the same ticket with seven Democrats who flipped seats in the Gwinnett legislative delegation — five in the Georgia House of Representatives and two in the state Senate.

The election is supposed to be certified next week.