Did the Republicans Just Blink on Voter Photo ID? 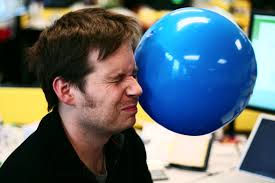 Draft enabling legislation for the voter photo ID requirement has been published by the Republicans in the General Assembly, and first impressions strongly suggest that the Republicans blinked, though some of us are waiting for another, hidden shoe to drop. When we fell off the turnip truck yesterday, we didn't land on our head.

But here's the draft language, if you like reading this kind of thing.

Here's the News and Observer's initial take on what it does, and does not, do.

And here's the thread on election law guru Gerry Cohen's Twitter feed. He finds plenty of potential problems but seems to agree that it could have been far worse.

The flinching of the Overlords is, of course, subject to deep psychological probing. Losing multiple times in the courts with previous attempts to suppress the vote may have convinced them to go easy. Losing their two power-grabbing constitutional amendments on November 6 may have had some impact. Or maybe they suddenly want to be more popular with voters, or at least less like Vlad the Impaler.

Dunno. Never knew a poisonous toad to stop sweating toxins because the weather got cool.