Ready To Say It Out Loud: I'm Relieved Hillary Lost

By November 8th last fall, I was secretly thinking what I could not utter to another living soul: It might be better for the Democratic Party if Hillary lost.

1. Hillary would have been under constant and threatening investigation by two houses of Congress. Nothing -- absolutely nothing -- would be getting passed if Hillary suggested it or wanted it or -- Heaven forbid! -- needed it. I dreaded the ferocious feeding frenzy that a Hillary presidency would serve up for Republicans, red in tooth and claw.

2. The Democratic Party would continue its slide, defending her. Long range, who would look forward to Hillary's first mid-term Congressional elections? Jeebus! 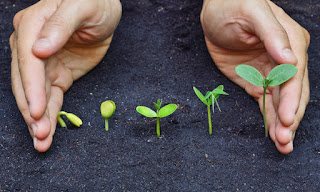 3. With Trump, we get a rejuvenating backlash from Democrats and by Democrats and for Democrats. Decent people everywhere -- but especially in the suburbs -- suddenly discover what they never realized before -- that they want Democrats to win. Cutting off Hillary was like pruning a puny tree in the spring: new growth springs forth.

4. The election of Trump galvanized a whole new troop of non-professional office-seekers who stepped forward and have ideas that are good ideas and who aren't beholden. A national Big Thumb of the establishment Democratic Party doesn't squelch them because it's in disarray, arguing over who to blame for Hillary's loss.

5. Trump is the death of the Republican Party. What replaces it? Maybe the Trump Party, or several different parties arguing over who has to pick up the tab for the last four years. If it's to be the Trump Party, we can watch it collapse rapidly into a chain of Beauty Pageant Accessories and Gun Stores

Whew, a breath of air. As a confirmed gardener you have chosen an apt image. Did you see the SNL skit the other night spoofing the Dems? Way too close for comfort! Time now to prune Nancy, Diane, Schumer, and other over-ripe, withered branches from the party tree and let some young, healthy, and productive new growth take place. It's true of course that a lot of GOPers also are old, as the North Korean president rightfully reminded T-rump (think also of McConnell, Hatch, and many others). Then there's Roy Moore, the soon-to-be "junior" Senator from Alabama. He of course is still hardwood firm, potentially productive, and no doubt about to test the strength of his root with nubile female Senate interns and pages. He's the Strom Thurmond of this generation and like him, the job is his as long as he can get it up for a campaign. EEvangelicals admire his potency (and T-rump's too, let's face it) and of course Roy is close to de Lawd. Is there a comparable late-blooming fruitful G_d-fearing Dem?

Well, they got a Supreme Court justice and will more than likely get another or two. With Hillary elected, that wouldn't happen, so I say it's a bad thing she lost. Afterall, that affects generations, not just the next four years.

I have been thinking the same thing. I brought it up at a dinner with friends and it didn’t go over well at all.

Can you imagine the sanctimonious tweetstorms and manufactured rage that would have been unleashed?

In some ways, I agree - the Republicans would have stayed in non-stop obstructionist mode, and nothing that she proposed would have been seriously debated. Republicans love having an enemy to harp on, to hide their true motives. On the other hand, the Supreme Court thing is troubling, but who's to say what they would have done with Hillary's nominees - I wouldn't put it past them to try to block her nominees for 4 years. Of course, Hillary would have been about 1,000 times better than Trump in international relations, and she wouldn't have constantly embarrassed the country on Twitter. Alas, we will never know what her presidency would have been like....

Even if they had obstructed her SC nominees for 4 years, we would still be better off with the Court than we are now.