Unsealing the Signs of November: The Rise of the Suburbs

On Tuesday, the ground moved. (And you picked a hell of a time to go on the road and offline, Williamson!)

So ... catching up with the new landscape:

1. Virginia. The wealthy suburbs -- all those commuting soccer moms and commuting executive-potential dads, right? They turned to Democrats and turned away from Republicans in such surprising droves that polling was totally flummoxed. Who knew those people (the Republican Lite) were going to vote at all? They often don't vote in off-years, but this year they couldn't wait, and it was going to be bad for Republicans. Those people in the suburbs in Virginia and elsewhere, according to Alexander Burns and Jonathan Martin -- who've got money and who may be registered Independents but who've been voting Republican for years out of a multitude of motives -- those are the voters to watch. They like Trump not. It was the Virginia suburbs that gave Democrat Ralph Northam his 9-point victory for governor last night. 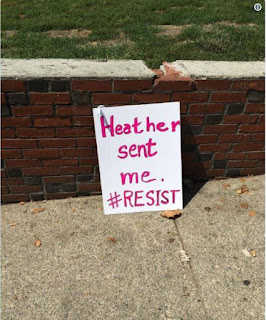 Not just the governor -- and maybe not even most importantly the governor, but also a surge for Democrats down the ballot, especially the House of Delegates. Winning Democratic candidates included a woman who immigrated from Peru, a female refugee from Vietnam, an openly gay woman, and a transgender woman. Many of the ousted Republicans were white men who had held office for years. The transgender woman, Danica Roem, beat a 25-year Republican veteran who called himself the Chief Homophobe in Virginia.

At one point yesterday it still seemed that Democrats might have taken control of the House of Delegates, which has been Republican for eons. Democrats needed 17 pick-ups to take the majority, and so far they apparently have at least 15, with re-counts going on in several other close races. The consensus now is that probably, after the recounts, Republicans will retain control by a hairsbreadth, 51-49. Worst case scenario for Democrats: Republicans had a near-death experience, and Northam's vetoes will be upheld.

Virginia was gerrymandered, much like North Carolina was, to make the Republican majority virtually unassailable, but Democrats stormed the citadel, and all things are possible for she who trusts in the Lord.

3. Pennsylvania. "Pushing the message that a vote for them was a vote against President Trump, Delaware County Democrats out-polled Republicans in a County Council election for the first time in history, winning both seats up for grabs in an ultra-tight race." Delaware County was said to be under the thumb of "a fearsome Republican machine." (Philadelphia Inquirer) Machine broke, boss.

Democrats "surprised themselves" by scooping up local offices throughout the Philadelphia suburbs and easily holding city halls in places where the party suffered last year, like Erie and Scranton.

4. Georgia. Georgia Democrats captured two state House seats where they previously had not even fielded candidates, while also snatching a State Senate seat in Buckhead, an upscale area of Atlanta. See ... suburbs. I think we're seeing a trend line.

In an upset, Ashley Bennett defeated Republican John Carman for a seat on the Atlantic County board. Carman had cracked wise during the Women’s March in Washington on January 21, posting a meme on Facebook -- a picture of a harried young woman, cooking over a stove, with the text asking, "Will she be home [from the March] in time to cook dinner?" Ashley Bennett, who whipped Carman's butt, saw that Facebook post, was outraged, and decided to run. She won, and she's a first-time candidate, a hospital employee, and black.
New Jersey Democrats also took back Atlantic City and broke Republican hold on Parsippany, "the sort of suburb where the Trump backlash has brought Democrats from the fringe to contention" (Dave Weigel).

9. Maine. Maine voters overwhelming approved an expansion of Medicaid "in a sharp rebuke of Republican governor and early Trump supporter Paul LePage, who vetoed the legislation no less than five times." (LePage plays a real gargoyle. He vowed yesterday to continue blocking the expansion.)

10. North Carolina. Fayetteville voters flipped their mayor from Republican to Democrat, and Charlotte now has its first black woman mayor.


People ask what happened in the Boone Town Council races. This happened: 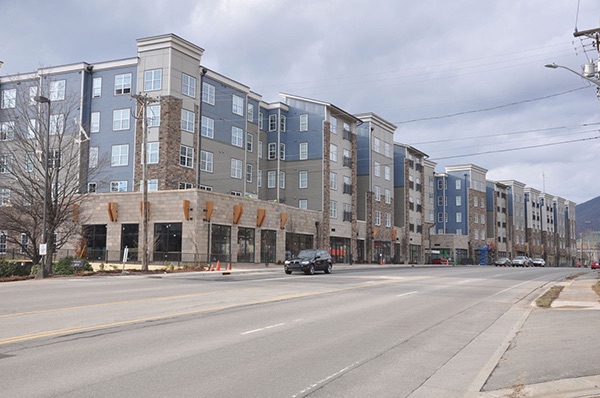