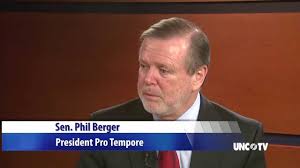 Why are Republican bosses mad at judges? Because North Carolina judges have found so many of their laws (mainly power-grabs) unconstitutional. Simple as that. When judges find your ambitions out of line, what do you do? Change your ambitions? Or change the fucking judges. Make them work for partisan approval. Put them in your pocket.

Phil Berger, your office is calling.

You know what double-bunking is, right? Political Thunder Dome for People We Can Do Without: two judges enter, one judge leaves. Guaranteed to deliver, at one stroke, 12.5% fewer district court judges and 13.5% fewer superior court judges, with no political effort whatsoever. Just draw them into oblivion with lines on a map. (100% of Hispanic female judges are double-bunked, by the way, all one of her.)

Plus the Republicans also want to make judges run for reelection every two years under partisan banners. Can you imagine? Every two years, all judges in a free-for-all election, with no primaries, meaning possibly dozens of competing names on a General Election partisan ballot -- my God are they kidding?

Berger's real goal is getting to appoint the judiciary himself. (Brief but important footnote: he already got his boy Phil Berger Junior on the NC Court of Appeals, so you can recognize the itch.) Berger wants to change the state's Constitution to eliminate elections for judges altogether, make them all appointed by a "merit" system, run, just incidentally, by Berger et al. in the General Assembly. Not making this up.

Susan Ladd suggests that we'll know something more definite in January, after the General Assembly reconvenes and Phil Berger tells them what they're gonna do. Put a constitutional amendment on the ballot this coming May to change the way judges get onto the bench? It'll be May, because turnout is guaranteed to be way down for a May primary, and maybe you can sneak something highly questionable through. That's how they did Amendment One, their infamous constitutional amendment to outlaw gay marriage -- put it on a May primary ballot, and it passed.

Meanwhile, On the Judicial Front in Watauga County...

The Watauga County Republican Party continues to distinguish itself as a black frost over the very concept of a free election. Without entering any Republican candidates in Boone town elections on November 7, they nevertheless fought through several levels of court to try to keep an Early Voting polling place out of the ASU student union. That failed, utterly, and they're now using that failure -- the length of time it took to adjudicate the issue -- as
the basis for a brand new escalation: Early Voting at ASU was illegal, says the "Election Protest" signed by Anne Marie Yates, and therefore the elections must be done over, because there wasn't sufficient notice to the public (minimum of 20 days by statute) following the judge's rejection of the Republican argument that there should be no Early Voting in the ASU Student Union. Here's the logic, if I'm following it: First, Republicans blockade Early Voting at the student union to the full extent of their legal rights, and when that blockade finally crumbles, they argue that the judge had no right to the order he made because the calendar had run out on proper public notice. Run out the calendar on justice and you can tie the hands of judges in adjudicating the rights of the people. That's the argument Yates's lawyer Nathan Miller is making. No kidding.

The judge had no right. That's the common thread of this post.

Anne Marie Yates's suit would nullify all municipal elections in Watauga County -- not just in Boone but Blowing Rock too, and Seven Devils and Beech Mountain.

Why are they doing this? What do they hope to gain? Just the pleasure of pulling down the temple?

I, too, do not understand this at all. What is the point? What wrong-doing are they hoping to correct? What does any of this have to do with Blowing Rock, Beech Mountain, and Seven Devils? The Republicans didn't field any candidates in the Boone Town Council races, so why do they care? Is it just to be troublemakers? I'm starting to think so.