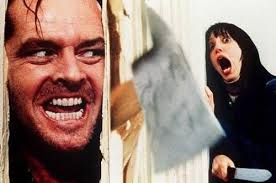 I already hate all the things that Facebook wants me to do every time I turn on the computer (you know what I'm talking about). Why on earth would I take time to do something as futile as signing a petition to the Republicans in Congress?

Do you honestly believe those people are going to slap Trump when they can't even repeal Obamacare?

Granted, there have been and will continue to be the occasional party kamikazes, like Corker and Flake, on suicide missions to save the Republic, not to mention the Republican Party. And expect more resignations by senior Republican members of Congress, opting not to run even in safe districts, like Jeb Hensarling in the Texas Fifth. Not an old guy. Why is he dropping out?

But prosecution/legislative action against malfeasance or obstruction in the Trump administration? Not gonna happen.

We have one more year of this hilarious nightmare. Then the people get to strike back. Until that is over, Congressional Republicans are going to grab the gunwales and sit tight until almost exactly one year from today, when comes a major mid-term general election. They're going to have to be kicked in the gut before they do anything about their disaster that keeps on giving. Serve them the election they deserve, and they'll do something about Trump. However many of them are left by then. 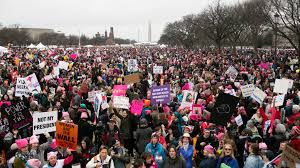 Attendance and enthusiasm are both up at Democratic events since January 20, starting the very next day -- January 21 -- with the Women's March on Washington. People are donating money and responding to phone calls to volunteer to work, and are already working, with more people than ever talking about filing to run for public office. The front-burner skillet is heating up.

Meanwhile, Trump is easily one of the most unpopular figures in American life, let alone the presidency. He works at alienating independent and swing voters. He flails around like a shadow-boxer. Remember his campaign. It was all him, and his superior brain didn't think he needed an infrastructure supporting him of experts and advisors, so when he suddenly needed "foreign policy experts" to look legit, he picks a bunch of people with no experience and no smarts and he gets Carter Page and George Papadopoulos and Sam Clovis, who nevertheless work very hard to do what the boss wants.

IMO, the Democratic Party is our only hope as a bulwark against crazy, and anything to do in Washington, D.C., that includes the name Hillary Clinton is crap. Some things we just need to let go of.

Raising money for a team of private investigators to dig up every scrap of illegal campaign financing, money laundering, and influence peddling by GOP legislators and Congress, however, would change things.

Go ahead. Use YOUR money.

I can't think of a single republican Congressman that should be re-elected save Rand Paul and Meadows.

Clean house if you can.