A Rising Tide Can Sink Boats, Too 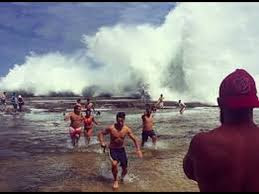 I'm going for another metaphor altogether: Republican retirements from the North Carolina General Assembly are beginning to pile up like cordwood before a hard winter, with more to come.

Most recent: Susan Martin of Wilson, a three-term member of Republican leadership in the NC House. Her redrawn district -- redrawn by the Republicans under court order -- became harder to win, they say, "more Democratic" (Carter Wrenn, quoted by Laura Leslie).

Martin had a near-death experience in her last reelection in 2016, beating her Democratic male opponent by a mere 163 votes. (What's going on with Martin in Wilson and Pitt counties?) So late 2017 turned out to look pretty good for announcing your retirement, if you were Susan Martin.

Laura Leslie mentioned others headed for the exits, some of them double-bunked with other Republicans by the most recent court-ordered redistricting, and some of them surprising retirements. Senator Ron Rabin of Harnett County is bowing out, after easily winning reelection in 2016. Wake County's Senator Chad Barefoot got "double-bunked" with Republican Senator John Alexander. Barefoot didn't want to be in a Republican primary in 2018. He opted out.

Barefoot was an active and successful legislator, at least until the courts threw out his redistricting laws for Wake County (and Wake County alone), redrawing lines on maps to make it possible for Republicans to reassert themselves on School Board and County Commission after losing control of both. Both his redistricting laws were ruled unconstitutional in the courts. Barefoot has a famous flying-wedge mother-in-law: Tami Fitzgerald, lobbyist for "Republican family values."

Senator Bill Cook of Beaufort County ... out the door, and careful not to let it hit him. He was double-bunked with an incumbent Democratic woman, with the district already trending decidedly Democratic.

Senator Tommy Tucker of Union County, who ran unopposed in the general elections of 2012, 2014, and 2016, will not run again. He's somewhat famous for a hot temper. But he'd risen to be the top Republican tax-policy writer in the General Assembly and had only served four terms. Did he see the distant water grow closer? Did he taste something metallic on the rising breeze?