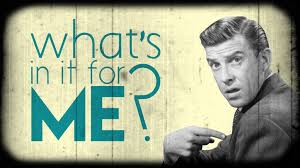 There are 535 members of the US Congress. Some 290 of them are Republicans. Guess how many Republican members of Congress are holding open town hall meetings during the current recess.

No. Go ahead and guess. I'll wait.

They're all running for cover. The senators are sipping cocktails during very important (and gawd knows, pressing) foreign travel, while the members of the House are counting their paperclips. If America is being made so wondrously great again, seems like they'd like to take credit for that.

Instead, they slink away to another fundraiser, or stuff their expensive purse from someone else's food bar.

What do you want to talk to them about?

How about NOT repealing the ACA, since one of my kids had no insurance for 10 years (as in, couldn't buy insurance for love or money) because of a pre-existing condition. How about not gutting the EPA - without clean air and water, we got NUTHIN' (it's called 'caring for God's creation' where I go to church).

Oh, the Republicans want to kill your kid and poison the world?

Your onto us, JW. First we are going to privatize everything! Then we will enslave the populace, eliminate the elderly and the infirm and require teachers to work for free.

"Oh, the Republicans want to kill your kid and poison the world?

That would be the by-product of unfettered capitalism, so, yes.

>Oh, the Republicans want to kill your kid and poison the world?

I was asked what I wanted to talk to Madame Foxx about. I answered. I said nothing about killing or poisoning, I responded to a fair question with a fair answer. Please try to focus on the topic of conversation, if you wish to sit at the grown-ups' table.

THIS is NOT the grown ups' table!


"Oh, the Republicans want to kill your kid and poison the world?"
Just Kentucky, West Virginia, Virginia, and Tennessee. It's a good thing those are a world away. https://www.govtrack.us/congress/bills/115/hjres38

Been requesting a meeting with Foxx since the election. Education and environment at top of my list . I am being ignored. She will not show.. someone said to me and I quote "she doesn't give TWO SHITS about any of your concerns".. and added.."You are wasting your time". A this.is from someone who has tried to work with her for years... Gotta make sure last time she represents me...