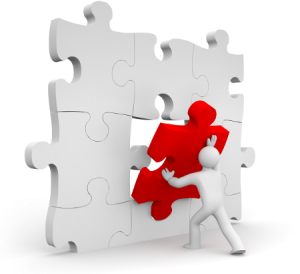 Michael Flynn was shoved. The "sin" he confessed to is laughable: "I inadvertently briefed the Vice President Elect and others with incomplete information.”

"I'm sorry, Honey. I inadvertently got drunk after work last night, and I'm harboring some incomplete information on why I didn't get home until 5 a.m."

Let's be blunt: Flynn, like a good soldier, fell on his own sword rather than give up his boss as the Colluder-in-Chief with the Russians. We've got presumed treason of the highest order and a completely subverted democratic system, and what do we hear? "I inadvertently gave incomplete information." The real message: "I lied so that President Trump's involvement in Russian subversion could go undetected."

If you think that Donald Trump didn't know what Michael Flynn was doing, you're more gullible than you look.

At the moment, the only thing that makes any sense as an explanation for this bizarre behavior by Donald Trump -- the repeated, fawning praise of Vladimir Putin and the decision to allow Flynn to defenestrate himself over "incomplete information" -- is the presumption that Putin has some dirt on Trump that is so awful, it would bring down this entire administration a bare three weeks into its existence.

Which takes us back to the dossier compiled by the former British secret service agent -- that Putin has video of Trump acting like ... Trump in a Moscow hotel room, the stuff that Trump howled "fake news" about like a hit dog.

Of course Trump was in on the whole thing: "The acting attorney general informed the Trump White House late last month that she believed Michael Flynn had misled senior administration officials about the nature of his communications with the Russian ambassador to the United States, and warned that the national security adviser was potentially vulnerable to Russian blackmail, current and former U.S. officials said."

Trump's approval rating is at 55%.

Just saying', only the most naive Republicans pay much attention to Rasmussen, because they consistently slant toward Republican candidates. Five Thirty-Eight gives them a grade of C+ for accuracy (https://projects.fivethirtyeight.com/pollster-ratings/). That poll you're citing is an outlier. They polled "likely voters," as though they have a clue who'll be likely voters in 2020.

Rasmussen are the ones who got the Presidential Election right.

How did your favorite pollsters do?