"Enemy of the People" -- A Little History 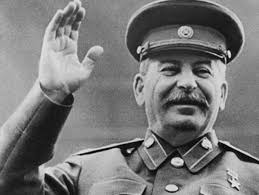 The phrase Trump has been using and repeating about the news media -- they are "enemies of the people" -- was first used in a political context in France in 1789, while the revolution was busily guillotining anybody who opposed them. According to Andrew Higgins, "the term acquired a far more lethal and legalistic meaning with the adoption of a 1794 [French] law that set up a revolutionary tribunal 'to punish enemies of the people' and codified political crimes punishable by death. These included 'spreading false news to divide or trouble the people.' ”

The phrase earned new fame about a century later in 1882, when Norwegian playwright Henrik Ibsen wrote "An Enemy of the People," a play set in a small town where a courageous whistle-blower goes up against the local power-structure, which is trying to cover up water pollution to protect the local economy. (Gosh. There's nothing new under the sun.)

Beginning in 1917 during the Bolshevik Revolution in Russia, the term got its bloodiest and most modern remake under the regimes of Lenin and Stalin -- especially Stalin. Lenin revived the term, explicitly citing the French revolution as his inspiration, so as to rid the Russian people of “landowners and capitalists as a class.”

"Stalin, who took over as Soviet leader upon Lenin’s death in 1924, drastically expanded the scope of those branded as 'enemies of the people,' targeting not only capitalists but also dedicated communists who had worked alongside Lenin for years, but whom Stalin viewed as rivals." Thousands were branded "enemies of the people." The branding amounted to a death sentence, and thousands did perish.

Trump's love affair with Russian totalitarianism now includes the adoption of language once favored by one of the great tyrants and butchers of history. With that language goes also his dictator's attitude toward those who cross him.

Thank God for those courageous newsmen and -women who have the resources to burrow into this man's motives and actions and inform the rest of us, for the sake of our democracy.

Posted by J.W. Williamson at 2/27/2017 09:49:00 AM
Email ThisBlogThis!Share to TwitterShare to FacebookShare to Pinterest
Labels: Donald Trump, Russian influence

They keep burrowing, and are finding jack s**t.

The more they show themselves to be partisan hacks, the less people will listen to them.

I thought you and Pam had Uncle Joe's autograph, courtesy of his left hand pal, FDR, of course.