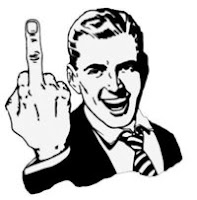 As if the new Republican majority in the NC General Assembly gave a fat rat's ass about the implications of their actions and the ultimate impact of their policies, but Rob Christensen is right:

The future of North Carolina's cities got a lot less bright because of Republican legislation in 2011.

The school systems are county wide so it's hard to argue that restrictions on cities annexing county property will impact the racial makeups of the schools.

Yes, Christensen is right in that I would rather live outside the town (city) jurisdiction and not pay town/city taxes. Also, please note, I am not receiving city/town services.

Apparently giving citizens the option to join the 'city' or not is contrary to some people's idea of "government knows what's best for us".

What about the ETJ fiasco? This allows towns to regulate people that have no representation in city government.

"ETJ people have no representation in city government"? You're either just ignorant of the facts or out-right lying. ETJ people are appointed to town boards according to statute. They have a vote and a voice in town zoning decisions on both the Planning Board and on the Board of Adjustment. They do not vote in town elections, but then they also don't pay town taxes.

Well Henery, if you have been following the recent ETJ appointments issue, you would know that they aren't exactly appointed "according to statute".

And, even if they were, having appointed "voices" on advisory boards is hardly "representation" in the sense of the word. How about allowing the "democratic process" of electing those who regulate us. Why is that a problem to you? You have thousands of students that don't pay "town taxes" yet vote in town elections. Of course, they are likely to vote Democrat, so I suspect that is a factor.

Boonie,
The guys who didn't follow the rules were YOUR guys on the county commission, who were, incidentally, trying to stick it to the town, and in the process of trying to do that they managed NOT to appoint anyone from the ETJ. Three stooges!

And, fine! You wanna voting voice in the town? Pay taxes. I do. And I vote.

Hnery, are you saying the people in the ETJ that are governed by municipal regulations should not be allowed to vote in municipal elections or run for municipal office?

The tax matter is apparently going to come closer to what you stated when the commissioners change the method of distributing the town's portion of county sales tax monies. This should have been done years before.

It is not called whining. it is called expressing a political opinion.

Fortunately these prohibitions on residents of an ETJ not being able to vote are slowing becoming likely to be overturned as the League of Municipalities looses it's strangle hold on the legislature.

I'm a citizen of Boone. I pay taxes. I vote.

I'm a citizen of Watauga County. I pay taxes. I vote.

I'm a citizen of North Carolina. I pay taxes. I vote.

It's a typical tea partier to want it all without paying for anything. And whine incessantly about it.

Henery, perhaps you could tell us what town taxes are paid by the college students living in campus dorms. Please don't include sales taxes which are paid by etj residents too.

Since you think that paying the taxes is an issue, I suppose you would also support a constitutional amendment that anyone not paying federal taxes should not be allowed to vote?

Henery, I think you've got a great idea there. Only taxpayers should be allowed to vote. Not students, not the homeless, not the elderly poor - only those who are paying taxes.

I also pay taxes. I have to pay more for water from the Town of Boone than I would as an in town resident. There is no difference in being taxed except that I can't vote because the town wants to maintain the status quot politically. The town does not provide me with any other service except to harass me with their zoning enforcement officials over things that I did not get to vote for or against. These things affect my property and may very well lower the property value. This is another "tax" by the town. Why should I pay for what I do not get?

If the Town is going to be able to pass laws affecting me, then I should be able to vote and run for office. To say otherwise is morally reprehensible.

I would vote in Town elections also in a fair and moral world.

Okay, I'm understanding: you want the benefits of the city but don't want to pay for them. You want to control the politics of the city without being a citizen of it. And even if you were a citizen and had the vote, then you'd bitch because your guys didn't win. You're a peach, you are.

And, he wants ONLY taxpayers to vote in all elections.

Thanks for all your responses Henery. I'm an ETJ resident who is happy to have some of the environmental protections afforded by the town, and I understand that since I don't technically live within the town limits I don't pay taxes or vote - not that those two should be conflated. The ETJ makes sense because what happens in the area immediately outside of a city also affects its citizens - I think of it as a buffer zone, and a possible area of expansion for the city, which therefore merits some level of regulation.

And I've said this before, but as an ETJ resident what made me angriest about the whole town/county debacle was that the county commissioners rejected qualified candidates who lived in the ETJ and then proceeded to appoint their own cronies, 2 of whom did NOT live in the ETJ. That's just wrong, I don't care what your politics are.

There were no candidates for most of the ETJ seats until the Town recruited them after somebody from outside the ETJ applied for a position on a Board. The Town Council thought it would lose it's strangle hold on the Boards.

A lot of these comments boil down to two points that don't quite meet up:
#1: We want to live our lives outside the city without being told what to do.
#2: If you pay city taxes you can have a voice in deciding who tells you what to do.

The linked article about cities dying and Henery's comments only make sense if you assume that people who believe #1 either: a) don't count (the linked article saying their preferences should be sacrificed to keep NC cities wonderful) or b) are lying (Henery's insistence that people outside cities are scheming to get benefits without costs).

Sure. If you assume that people who disagree with you are liars who don't matter anyway, then you can say pretty much whatever you want, can't you?


As usual, Not Really adds a perceptive comment. I would ask him, though, about where he says " I don't pay taxes or vote - not that those two should be conflated." Ever since the Magna Carta 900 or so years ago, paying taxes has been closely tied to the right to vote. How do you rebut Henery's argument: "if you want the benefits of society, you have to help provide them?"

"the ETJ makes sense because what happens in the area immediately outside of a city also affects its citizens - I think of it as a buffer zone,"

And here lies the problem. Some people think they can disenfranchise others for their gain.

Who died and elected them God? What makes their opinion better than those they want to control and give no means to affect the rules that would govern them?