The Mood on the Left 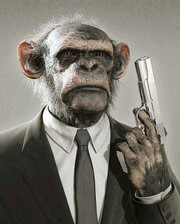 With the national Republican Party lashed to the twin pillars of the Teahadists and the Fundamentalists, ready to bring the temple down on their own heads (as well as everyone else’s), and with the national Democratic Party in total collapse, gotta love the fighting spirit behind The Donner Party, whose theme-song appears to be Aerosmith’s “Eat the Rich.”

When the Center cannot hold, things fall apart, and what rough beast slouches toward Bethlehem to be born?

About: We will literally eat each other before we give an inch!

Description: The Donner Party is a dog who can bark at a pine cone for nine days and not get tired!

● Federally funded, partial birth abortions at the drive-thru of McDonald's

● No new guns may be produced; Want one? Pry it from someone's cold dead hands

● Not only must gay history be taught in public schools, but gay math as well

● Jesus was just a guy & if you so much as thank him for a touchdown, the state will take your children

Posted by J.W. Williamson at 8/08/2011 09:01:00 AM
Email ThisBlogThis!Share to TwitterShare to FacebookShare to Pinterest
Labels: corporate power, revolution in the U.S.