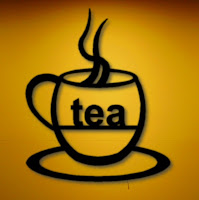 "Americans for Prosperity is a nonpartisan, issue-based policy organization and does not support or oppose candidates for public office."

For an outfit that had a fat finger in the effort to defeat both Sen. Steve Goss and Rep. Cullie Tarleton last year, that's a hell of a whopper.

Greg Flynn lays out the documentable $$. Both Jonathan Jordan and Dan Soucek are on that list ... twice.

Please post a copy of a mailer we sent asking or telling someone who or whom to vote for.

You can't because we did not

Mr. Woodhouse,
According to the NC Free Enterprise Foundation, not known as a left-leaning org, Americans for Prosperity spent $287,195.22 in "independent expenditures and electioneering communications ... made in N.C. Senate and N.C. House contests" in 2010, with 100% of that amount spent to benefit Republican candidates.