Republican Termites Eating Our House Down 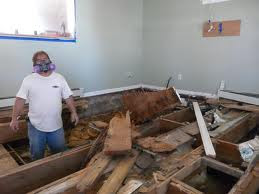 And the commission is now made up of free market fanatics appointed by the leaders of the Clown College in the General Assembly. According to Leslie's reporting, these new apparatchiks of the Corporate Coup were frustrated that they couldn't just wholesale substitute their pro-business judgments for the judgments of the Environmental Management Commission.

The Rules Review commission's lawyer was clearly embarrassed for their sake and tried to explain the law to them:

...the Rules Review Commission [said the lawyer] has to evaluate new rules according to a limited set of criteria set out in the Administrative Procedures Act [APA] – like whether the agency in question has the authority to make that rule, whether it’s clear and necessary, and whether the correct process was followed. “It can’t be ‘I don’t like that rule,’ or ‘it imposes too many requirements,’ or ‘it doesn’t impose enough requirements,’” [the lawyer] explained. “That’s up to the agency.” [The lawyer] told the new commissioners they have the right to reject his recommendations as counsel. “But you do have to act within the authority you have within the APA. You’re not supposed to substitute your expertise for that of the agency.”


This is only the beginning:

When Senate Bill 781, Regulatory Reform, takes effect October 1st, it'll be yet another new day. The legislation, vetoed by Gov. Bev Perdue but overridden by lawmakers, will severely limit new rulemaking, and will also apply to proposed regulations still in the pipeline.

It's going to lead to bad things in North Carolina -- more toxic pollution, more endangerment of citizens, more reckless disregard for the public health in the pursuit of profit.

Posted by J.W. Williamson at 8/22/2011 09:24:00 AM
Email ThisBlogThis!Share to TwitterShare to FacebookShare to Pinterest
Labels: corporate power, environmental issues