How Long Are "We the People" Gonna Take This Crap? 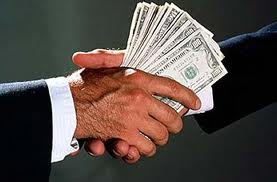 The so-called Super (Dooper!) Congress, which was put in charge of the known universe by the simply awful debt ceiling debacle (sometimes called a "compromise" by people who clearly don't understand the definition of that word):

WHAT'S THEIR ROADMAP?
"The committee must come up with $1.5 trillion or more in budget savings over the coming decade, enough to match increases in the government's ability to borrow enough money to pay its bills through the beginning of 2013. It requires a bipartisan majority of at least seven of the committee's 12 members to recommend legislation to be presented to the whole Congress for an up-or-down vote by Dec. 23. The select panel has until the day before Thanksgiving to complete its deliberations. There are powerful incentives for the Super Congress to reach agreement. Perhaps most important, if it fails to produce deficit savings of at least $1.2 trillion, or if the House or Senate votes down its recommendations, severe across-the-board spending cuts would trigger automatically. Additional pressure comes from the Standard & Poor's downgrading of the U.S. government's credit rating."

THE FAT WORM IN THE CABBAGE BLOSSOM
All of these people -- from BOTH parties -- are bought off by special interests of various stripes -- big business, labor unions, and lobbyists -- with big business decidedly holding the edge in $$. You can see in detail just how badly at The Center for Public Integrity, which has assembled financial profiles on all 12.

An Associated Press analysis published in Forbes shows that the 12 have collectively received "more than $3 million total during the past five years in donations from political committees with ties to defense contractors, health care providers and labor unions."

Who owns the heaviest thumbs pressing down on the Supers? Reuters reports that it's "the mammoth healthcare and defense industries," who have already shown over many years and through much legislation (Medicare Part D, anyone? Or take your pick of useless and unneeded military hardware contracts) just how fast they can make Congress dance on the ends of their strings.

And how they do dance! According to The Hill, "mere hours" after being appointed to the Supers, Rep. Xavier Becerra (D-Calif.) was announced as the guest of honor at a Capitol Hill "fete" (major fundraiser) in his honor by the Investment Company Institute, "which according to public records has already spent $2.4 million lobbying Congress this year."

Republican Jeb Hensarling's largest donor is an accounting firm (KPMG) that "specializes in tax loopholes; it recently paid $456 million in fines, restitution, and penalties for providing shady advice that saved its wealthy clients billions in taxes but put the nation further in the hole" (hattip: DemocracyNC).

Congress is a certified whorehouse. How can our democracy survive the effing promiscuity of it all?

Posted by J.W. Williamson at 8/13/2011 09:32:00 AM
Email ThisBlogThis!Share to TwitterShare to FacebookShare to Pinterest
Labels: corporate power, Super Congress

"Congress is a certified whorehouse. How can our democracy survive the effing promiscuity of it all?"

How can our democracy survive? Assuming this is not just a rhetorical question:
1. We need an educated voting public who get more than 30-second attack ads and sound bites bought and paid for by PACs.
2. We need the Fairness Doctrine re-enacted.
3. We need "Citizens United" reversed by legislation.
4.We need a spirit of compromise and reason restored to Washington, which will mean a change in the current primary election system--CA is experimenting in this direction with non-partisan primaries, outcome not certain yet.
Who would like to keep adding to this list?

Max Baucus!!! He is the guy who destroyed any chance at a realistic Health Care bill. How could Reid and Obama allow this jerk on any panel. He will sandbag the administration on this, just as he did on Health Care.

How can our democracy survive? Simple, people are becoming more conservative as they become better educated. Liberals of both parties are in trouble.