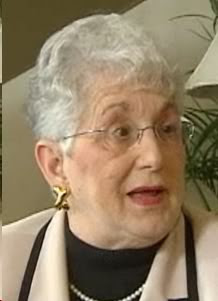 Congresswoman Virginia Foxx once again says one thing, does another.

The Congresswoman's attack on President George W. Bush's "No Child Left Behind" (Winston-Salem Journal, Jan. 31), amounts to damage control. She recently stood on the House floor and declared that the federal government "should not be funding education." Period.

Her radical and blanket condemnation of all federal help for education -- brick and mortar projects, educational materials, funding for teachers and teacher aides -- may be wholly typical of the shoot-from-the-mouth "style" we've come to expect from Congresswoman Foxx. But it quickly became enough of a liability for her that she felt compelled to write one of her "what I meant to say" explanations and have it published in the Winston-Salem Journal.

What she meant to say, evidently, was that "No Child Left Behind" is highly unpopular and is a symbol of good government intentions gone awry. We can't disagree.

But in writing those words, Foxx was disagreeing with herself. When President George W. Bush came to Waldo C. Falkener Elementary School in Greensboro in October 2006 to praise the local accomplishments of his "No Child Left Behind" federal program, Congresswoman Foxx stood with him for the photo ops and even issued this press statement: "I was pleased to join President Bush today as he highlighted the successes of the No Child Left Behind Act."

"The first year that Waldo C. Falkener was tested under the NCLB the scores were low and the school had fallen short of the standards for progress. Falkener Elementary took a number of steps to improve results by using federal funding to pay for new laboratories, teacher collaboration, research and professional development as well as tougher accountability measures. They increased their focus on results and implemented a Saturday Academy for students in need of extra assistance. Through these efforts Falkener Elementary has met NCLB standards for three years in a row, exemplifying the progress and the success of the program."

When currying favor with President Bush, federal assistance to education was A-okay with her. With Democrats now in power, Congresswoman Foxx has rediscovered her deep "constitutional" opposition to funding education.

Ms. Foxx also forgets to tell her constituents that for every dollar North Carolina sends to Washington, we get back $1.08. If the Congresswoman succeeds in her mission to stop all Federal dollars coming into our state for education, that means a major tax increase for the working men and women of our state.
Posted by J.W. Williamson at 2/06/2010 09:05:00 AM
Email ThisBlogThis!Share to TwitterShare to FacebookShare to Pinterest
Labels: George W. Bush, Virginia Foxx

Really, what do you expect from people like her?  The name of the game is, the voters have the memory span of a goldfish, the press is only interested in today's news, so any lie to get re-elected is OK.  Sarah is getting all kinds of coverage today for her speech to the Teabaggers last night, but is the press doing fact checking?  LOL We will have to wait for Jon Stewart and Rachel Maddow for that.

brotherdoc:
I think Sarah's gameplan all along was this: "I KNOW I'm a mental lightweight, so I'll let others first suggest the media is picking on me because I'm a successful woman, wife and mother. Then I'll just claim "media bias' whenever I am questioned."