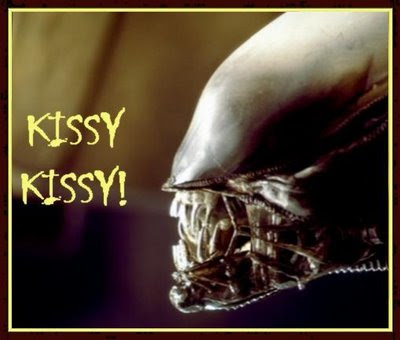 Both senators are receiving really marvelous mega-$$ support from Big Pharma, the drug industry's lobbying arm (the Pharmaceutical Research and Manufacturers of America, or PhRMA for short). According to today's NYTimes, Dodd...

has not only benefited from the hundreds of thousands of dollars in advertisement courtesy of the pharmaceutical industry and Families U.S.A., a health-care advocacy group the industry teamed up with. But a few weeks ago, Mr. Dodd attended a $1,500-a-plate campaign fund-raiser sponsored by lobbyists representing U.S. Oncology, a provider of cancer drugs and services.

Dodd chairs the key health committee in the Senate that has already written its version of health-care reform, a bill which contains a public option.

Kay Hagan sits on this committee. She's received the same fawning support from PhRMA, with TV ads the group has paid for in N.C. praising her.

Doesn't make us feel any better about our chances, when the chips are finally down, of getting a consumer-friendly vote out of either senator.

We all knew that Congress was being bought & paid for by Big Business well before the reform of insurance industry practices was a gleam in Barack Obama's eye. They've bought key members of both parties. Sen. Dick Burr was schmoozing the same creeps last night. Ordinary working-class citizens can't get into such meetings. They're for the Big Boys only, and for the politicians they buy. Like, say, the effing Blue Dog Democrats.

We deserve this sorry state of affairs if we put up with this sorry state of affairs. I'm about past the point where I'm willing to put up with it, especially from elected representatives I might have considered philosophical allies.
Posted by J.W. Williamson at 7/28/2009 08:27:00 PM
Email ThisBlogThis!Share to TwitterShare to FacebookShare to Pinterest
Labels: Barack Obama, Chris Dodd, health care, Kay Hagan