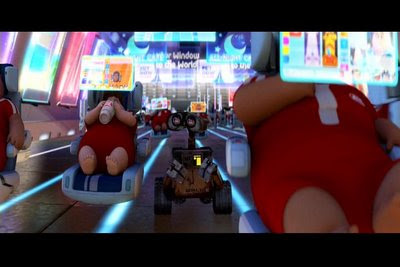 Like the pudgy surviving remnants of the human race in WALL-E, we're addicted to our corn-syrup and fatty fried injections.

Which is to say, the new obesity numbers are out for the United States, and North Carolina is now ranked the 12th most obese adult population in the country

Another reason to do nothing about reforming health care for this over-stuffed population?

...while the nation has long been bracing for a surge in Medicare as the baby boomers start turning 65, the new report makes clear that fat, not just age, will fuel much of those bills.

Posted by J.W. Williamson at 7/02/2009 08:48:00 AM
Email ThisBlogThis!Share to TwitterShare to FacebookShare to Pinterest
Labels: health care