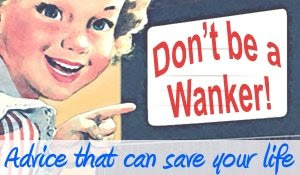 Yesterday (Friday) was an interesting day in the health care reform movement. Without getting into all the details, things were swimming along until three wanker Democrats in the U.S. Senate (and one wanker "independent Democrat") wrote a letter saying, "Whoah. We're moving too fast. We must stop this. We must get more information. We can't get this done before the August break."

They said this because also yesterday (Friday) the insurance lobby, already spending $1.4 million a day to move Congress critters in their direction, was all in a dither because the chances of a government public option passing the Congress moved from "no chance" to "distant possibility" (according to insiders on The Hill).

You see, if they could just slow things down enough, the insurance lobby would have more time to buy off more congressmen and scare the public more.

Here's a list of the wanker Democrats who are trying to stop health care reform in its tracks:

President Obama appeared in a non-scheduled press conference at 4 pm yesterday (Friday) and laid it down: "We WILL pass health care reform THIS YEAR." In his weekly address this morning (Saturday), he drew a line in the sand, saying (among other things) there had to be a public option.

We are where the rubber meets the road. Will the people win? Or will the insurance companies?

Spread the word. Hit the phones. And remember this scene from "The West Wing" when you call the wankers:

JOSH Forgive my bluntness, and I say this with all due respect, Congressman, but vote yes, or you're not even going to be on the ballot two years from now.

KATZENMOYER How do you figure?

JOSH You're going to lose in the primary.

KATZENMOYER There's no Democrat running against me.

JOSH Sure there is.

JOSH Whomever we pick.

KATZENMOYER You're bluffing. I'm in your own party!

JOSH Doesn't seem to be doing us much good now, does it?

KATZENMOYER I'm an incumbent Democrat. You'll go to the press and endorse a challenger?

JOSH No sir. We're going to do it in person. See, you won with fifty-two percent, but the President took your district with fifty-nine. And I think it's high time we come back and say thanks. Do you have any idea how much noise Air Force One makes when it lands in Eau Claire, Wisconsin? We're going to have a party, Congressman. You should come, it's gonna be great. And when the watermelon's done, right in town square, right in the band gazebo .... You guys got a band gazebo? Doesn't matter, we'll build one. Right in the band gazebo, that's where the President is going to drape his arm around the shoulder of some assistant DA we like. And you should have your camera with you. You should get a picture of that. 'Cause that's gonna be the moment you're finished in Democratic politics. President Bartlet's a good man. He's got a good heart. He doesn't hold a grudge. [puts on sunglasses] That's what he pays me for. [walks away]