The New Face of the Young Republicans 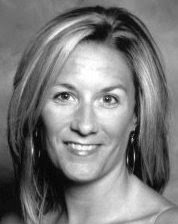 The Young Republicans National Federation, at its convention yesterday in Indianapolis, demonstrated that the "young" are as bent on maintaining the racism that took hold of the "old" in their party last year. By a vote of 470-415, the convention elected Audra Shay of Louisiana who recently entertained and applauded comments on her Facebook page that the Obama administration was "a bunch of coons." (Shay's subsequent explanation doesn't wash at all.)

John Avlon at The Daily Beast has the most detailed coverage of what went down yesterday, including the gay-baiting of Shay's chief rival for president of the group, Rachel Hoff, who was leading a reform slate calling itself "Team Next Level." Hoff's great sin, apparently, was announcing that she could support civil unions for gay couples. Therefore, said Shay supporters, she obviously dresses like a lesbian and probably is one.

So much for the "renewal" of the Republican Party. Young Republicans are every bit as ossified as their elders.
Posted by J.W. Williamson at 7/12/2009 01:04:00 PM
Email ThisBlogThis!Share to TwitterShare to FacebookShare to Pinterest
Labels: Audra Shay, Young Republicans