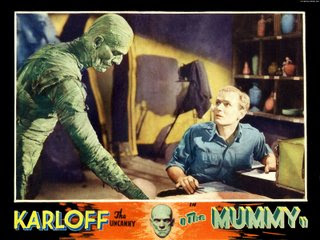 We were on the road to Raleigh (and beyond) when the House voted on the stimulus package and didn't get any state papers into our hands until this a.m. We were not at all surprised that NOT ONE SINGLE Republican voted with the president nor that 11 Blue Dogs jumped off the porch and went hunting with a strange pack of flea-eaten hound dogs.

Le'ssee here ... the American people rejected Republican economic policies in both 2006 and 2008, wrapped up that whole philosophy in surgical bandages and buried the whole shebang in a deep crypt, yet the Republican remnant in the U.S. House (along with those bright Blue Dogs) are stubborn in demanding that the president and the rest of us just lie back and accept more Bushian economics ... more tax cuts for the rich, more enabling of corporate robber barons, more deregulation, and unless we accept a continuation of what they've been doing since 2001, and accelerate it, they're not going to cooperate. Big freakin' surprise!

This a.m., Madam Virginia Foxx is quoted in the Raleigh N&O. Foxx is busily rewriting history and twisting logic out of all recognizable shape. She says that "President George Bush's signature tax cuts in 2001 had spawned years of growth, but the nation's problems started when Democrats regained majorities in Congress in the 2006 elections." With this abysmal representative, it's always the Democrats' fault, and the year is ALWAYS 1929.

We guessed (before we could confirm it) that Heath Shuler (NC 11) was one of those 11 Blue Dog Democrats, and he was. Even Mike McIntyre (NC 7), one of the most dependably Republican of "Democratic" representatives, voted with President Obama. Shuler, evidently, likes hanging with the Foxx.
Posted by J.W. Williamson at 1/29/2009 05:10:00 PM
Email ThisBlogThis!Share to TwitterShare to FacebookShare to Pinterest
Labels: Barack Obama, Heath Shuler, Mike McIntyre, Obama economic stimulus, Virginia Foxx