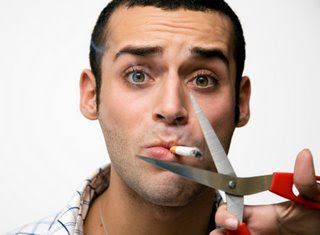 NC Senate Grandee Marc Basnight is calling for new state taxes on booze and tobacco to help make up the expected short-fall in state revenue.

Currently, the state taxes cigarettes at 35 cents a pack. According to the N&O, the taxes on tobacco products raised a mere $241 million in 2007, or 1.3 percent of general fund tax collections. In other words, current tobacco taxes are a mere drop in a very large bucket.

According to the N&O, each 1-cent increase in the cigarette tax is projected to raise only an additional $5.35 million. With the projected budget gap now growing to near $3 billion, according to some estimates, Basnight would have to raise the cigarette tax, say, $14.00-a-pack to make a dent in that deficit.

The tax collection figures for alcohol are even worse. Each 1-cent increase per gallon on beer, for example, would generate a measly $1.9 million annually.

Mark Twain might suggest that this state has been neglecting its vices outrageously.
Posted by J.W. Williamson at 1/23/2009 09:58:00 AM
Email ThisBlogThis!Share to TwitterShare to FacebookShare to Pinterest
Labels: Marc Basnight, North Carolina sin taxes, tobacco