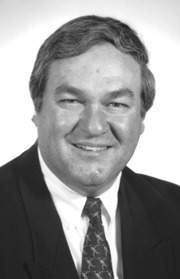 Gene was a VISTA volunteer in eastern Kentucky back in the mid-'60s, and after earning his undergraduate degree in sociology and anthropology at Eastern Michigan University, he completed both a master's and his Ph.D. (in anthro) at Duke. I knew him back in those days for his work on cultural change in the Appalachian mountains, before he shifted gears, got another degree in Policy Sciences and Public Affairs, worked as a policy analyst with the North Carolina Department of Administration, and headed to D.C. as a Presidential Management Intern and then onto the staff at the Office of Management and Budget. After other distinguished service, he became Congressman David Price's chief of staff for several years.

He knows transportation issues. When he left Congressman Price's office, he served a couple of years as assistant secretary at the U.S. Dept. of Transportation, and from 2001-2003 he had the number two job in the NC DOT.

Massively and uniquely qualified, this guy. With a BIG job ahead of him, draining that particular swamp.