Is Rahm Emanuel Really That Petty? 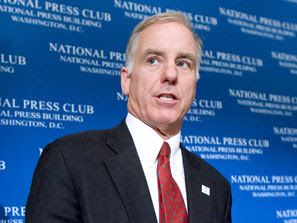 Politico is reporting that the Obama team dissed Howard Dean by deliberately staging the transfer of power at the Democratic National Committee while Doctor Dean was 7,000 miles away, where he was actually doing his job. Apparently, there'll be no acknowledgment of Dean's 50-state strategy as the proximate cause of the Obama victory ... let alone no high-profile job for Dean in the Obama administration.

Joe Trippi, who was Dean's main man in the primary campaign of 2004, says it's all Rahm Emanuel's doing.